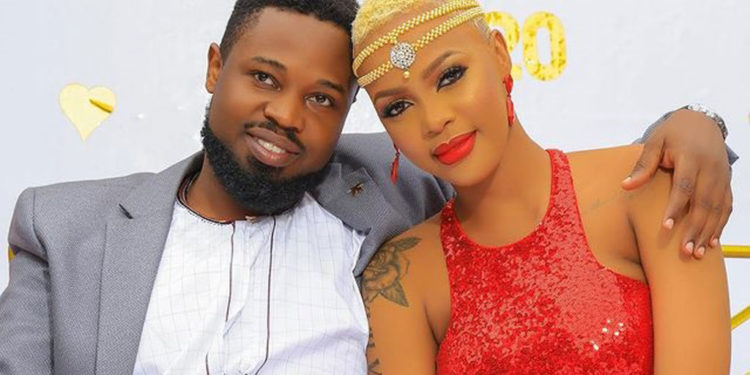 Black Market record is one of Uganda’s record labels that started in 2018 with pioneer artists like re-known musician , song writer and producer Daddy Andre.

The record label, owned by Cedric Singleton has been in recent days exposed as giving raw deals to artists who desperately want to make it in the music industry.

The contract given to artists for signing, it is alleged, contains about 17 pages and the English used can’t be easily interpreted by a layman.

On top of that the record label uses US based laws in the contract forgetting this is Uganda or as a way of scamming, since most people are not familiar with “US” laws.

Artists like Bruno K, Nina Roz and Rabadaba (also left some time back) are regretting why they signed under it and are falling out.

Bruno K‘s contract was signed on 15 May 2020 and it was valid for a year meaning it expired on 15/May/2021 – we are now in September and Black Market is still milking his streams and striking the YouTube page. It is reported that early this year Bruno K was paid sh20,000 from his streaming services!

This label has not frustrated its signed members but also musicians who feature them on songs.
Serena Bata, for instance, has a song with Nina Roz and it was a scrapped.

Famous, a new artist also featured on a song with Nina and he says Black Market called him and told him to foot all the bills which he did but still the song was scrapped off his very own YouTube channel by the same label.

In the contract signed which Nina showed Famous “Black Market label has ownership on only projects that they 100% sponsored” this means they are not supposed to do what they are doing since they didn’t invest any coin in this particular one.

Eddie Sendi who was on the same show with Bruno K, Famous and Shadrack (represented black market ) had to caution Shadrack about his tone of response which was so unpleasant and very demeaning (poor PR).

Sendi advised artists to use Lawyers when about to sign deals with different companies instead of trusting managers who also have less knowledge about laws.

The question is
Is Black Market record a scam, and it’s pioneer artistes are exposing the label after things went astray or,it is a case of indiscipline of artistes wanting to cheat record labels that invest in them to reach celebrity status?

BBNAIJA 6 : Housemates win a VVIP trip to Dubai one fest.