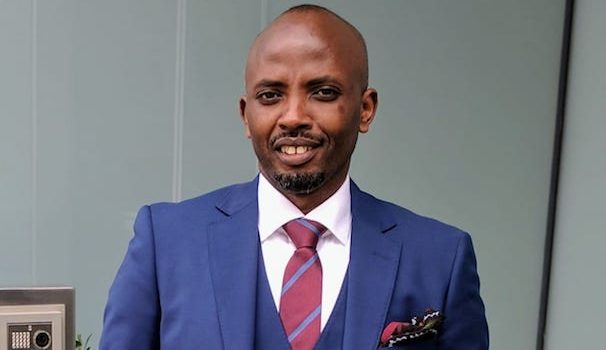 The army Spokesperson Brig Flavia Byekwaso moved to end speculations online reports that Dr. Muganga was kidnapped, she said reports were false but rather he was arrested by the armed forces in connection with espionage and illegal stay in Uganda.

“Social media reports that Vice-Chancellor Victoria University Dr. Lawrence Muganga was kidnapped are false. He was arrested by joint Security Forces in connection with espionage and illegal stay in the country. Investigations into the matter have commenced,” Brig Byekwaso tweeted yesterday.

A video making rounds on social media, shows armed plain-clothed men raiding the premises of Victoria University along Jinja Road before accessing the office of Dr Muganga, one of the top academics in the country. It is unprecedented because arresting academics at Universities was long before done during Idi Amin’s era. Uganda became a place unwelcome to intellectuals, who fled to Europe, USA or other progressive African countries such as Kenya, Botswana, among others.

During the apprehension process of Dr Muganga, the mean-looking men allegedly from UPDF’s Chieftaincy Military Intelligence (CMI) pointed fire arms at the Vice Chancellor and some of the employees of the University who were in the former’s office.

A mini scuffle ensued when Dr Muganga’s female security guard belonging to Uganda Police tried to confront the security operatives on why they were arresting her boss. She was manned up by one of the agents and she almost lost her neck during the fight.

The video further shows the security operatives roughing up Dr Muganga before dragging him out of office under the watch of threatened and helpless private security guards manning the Victoria University main campus. He was whisked away in a van to a yet-to-be-identified location.

The arrest has been compared to Idi Amin’s panda gali style by unprofessional service men.

In his August 2021 special address on security matters, President Museveni warned security forces against brutalizing, torturing and manhandling suspects because it was soiling their good image and that of Uganda at large.

“Why do you beat a prisoner, because you are too lazy to interrogate him. These are criminals, the torture was bad but the mistake they did was bigger, they killed our children but these confused people are damaging the good job done by the police and now they spoil it with the beating.”

The Leader of Opposition in Parliament Mathias Mpuuga condemned the manner in which the top academic was roughed up before his students and staff.

“The VC of a University is not a small person. The technical thing was to inform the public instead of reacting to social media,” Mpuuga who is also the Nyendo-Mukungwe Member of Parliament told UPDF Spokesperson Brig Byekwaso who was appearing on the same political talk show.

“Why do Ugandan security agencies use methods last employed by Idi Amin’s goons to arrest people? Couldn’t they have invited Lawrence Muganga, the vice-chancellor of Victoria University, to police for questioning and then detain him? What is so hard with acting civilized?” – Andrew Mwenda.

Mr Frank Gashumba, Social activist and coordinator of Sisimuka Uganda organisation, who has worked with Dr Muganga on fighting for rights and dignity of Banyarwanda ethnic group in Uganda baptised Abavandimwe, said, Muganga cannot be accused of illegal stay in Uganda because he is “100% a Uganda; born and raised.”

“If the spokesperson of the UPDF can allege that he was brutally arrested on allegations that he had overstayed in Uganda, this madness is beyond!”

Gashumba added, If at all he committed a crime, why would military operatives beat, and humiliate him before his staff and students”.