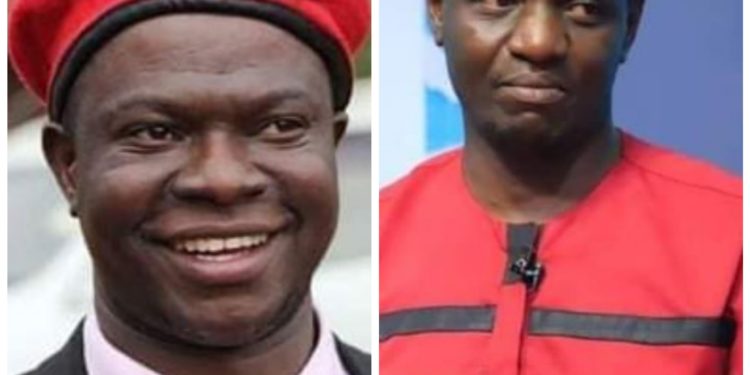 The Kampala High Court Judge Henrietta Wolayo has asked parties in the Kawempe North Parliamentary election petition to convene ans hold a mediation meeting to see if they can settle the issues outside Court.

Justice Wolayo has given the two parties- MP Muhammad Ssegirinya (defendant) and Sulaiman Kidandala (petitioner) up to Friday 2pm to report back with a way forward.

Ssegirinya won the Kawempe North MP seat with 41,197 votes. However Kidandala who came second with 7,512 votes filed a petition against his victory saying that the former lacks the academic qualifications that one must have to seat in the August House.

In his petition, he asked court to nullify Ssegirinya’s election. And, currently, they are three applications pending before the Court over one matter.

One of the applications was filed by Eric Sabiiti from the Electoral Commission who was seeking that court dismisses Kidandala’s petition since his lawyers failed to serve a copy of the petition to Ssegirinya in time.

The second application is by Kidandala seeking to have the petition decided in his favour contending that he did serve Ssegirinya from Kitalya Government Prison. Under this application, Kidandala’s lawyers headed by Kenneth Paul Kakande want the court to issue an order to have Kitalya prison present the registration book and CCTV footage to confirm whether Ssegirinya was never served with the petition challenging his election.

The third application is by Salim Serunkuuma who was also an aspirant in the Kawempe North election. Sserunkuma’s application seeks to join the Petitioner Kidandala and bring to Court’s attention some vital information displaying how the conduct of the Electoral Commission on the process of verification of results and eventual declaration of the winner was not proper.

According to Serunkuuma’s lawyer, Mwanje Ibrahim there are results of 13 Electoral areas that were not added to the final tally of results. He notes that the Electoral Commission did not give a reason for this.

On hearing the case on Thursday, Justice Wolayo informed that she had failed to determine which application to dispose of first since each of them can affect the main application, a matter that has made lawyers from all sides to ask for time to sit and agree on the way forward.