‘We are extremely proud of you’, First Lady Museveni tells Uganda Olympics team

by Christian Samuel
in National, News
3 0 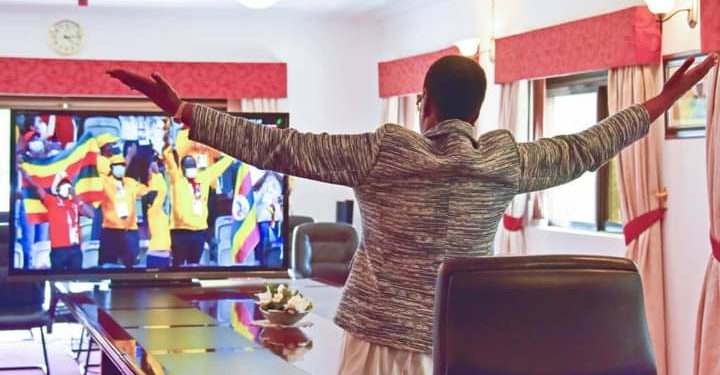 For the first time Uganda has won more than two medals in the same Olympics games.

The 2020 Olympics games are ongoing in Tokyo, Japan and Uganda has so far won 4 medals.

Joshua Cheptegei, who won gold in the men’s 5,000m final inside the Olympic Stadium in Tokyo, was hailed for his remarkable performance.

Peruth Chemutai also won a gold medal in the women’s 3,000m steeplechase, making her the first Ugandan woman to win an Olympic medal.

“Your excellent achievement has raised Uganda’s flag high in the globe and brought honor, pride, and joy to your nation. I congratulate you all.We are so proud of you,” the First Lady said.

“They were recognized for their preparation and hard work despite the tough circumstances of the COVID-19 epidemic. Congratulations to all Ugandans, athletes, and sportspersons, she added.

In addition, the First Lady praised and thanked President Yoweri Museveni and the Government for their continued support of sports, especially in the tough times, and for ensuring that Team Uganda could go to Tokyo to compete at the Olympic Games.