Uganda’s land issues shouldn’t rotate around Kabaka and Museveni only, all citizens must get involved – Makerere University’s Prof Ndebesa 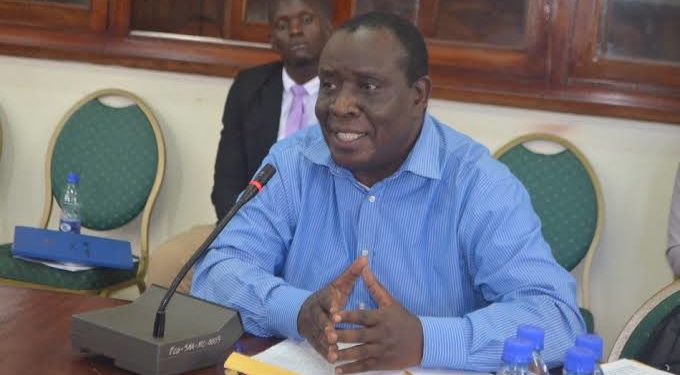 A senior lecturer of History at Makerere University Prof. Mwambutsya Ndebesa has warned that the issues of land disputes in Uganda are very wide and should not be zeroed on only two people; the Kabaka of Buganda Ronald Muwenda Mutebi II and President Yoweri Kaguta Museveni.

Prof Ndebesa who was reacting to the Kabaka’s Tuesday meeting with President Museveni said on Wednesday said that Uganda is sitting on land injustices everywhere and only two people cannot solve them alone.

Prof Ndebesa says that the two can not solve land issues alone given the fact that the entire country is full of land injustices.

“I’m not against the two principals to meet but with the issue of land in Uganda I don’t think we must be zeroed on these two. We are all concerned as Ugandans and it should not be discussed between two people only. The discussion must be broad after all during the 28th celebration of his coronation Kabaka Mutebi put it right that the problems of land originate right from the time of colonialism,” Prof Ndebesa said.

He added that there are land conflicts in Rwenzori, Bunyoro, Acholi and the worst land conflict that most Ugandans don’t see is in Karamoja where land is not only being grabbed and taken away by wealthy people but they are also taking away the minerals under that land.

“Land is broader than President Museveni and Kabaka Mutebi, therefore this issue must be drafted and be discussed by all Ugandans including Parliament but also citizens where a need be. It should be put to a referendum. Otherwise, these two principals are not going to resolve land issues in Uganda. The colonialists failed to resolve it, the other successive government failed, NRM too has failed and therefore it should go beyond Buganda, Museveni, and Kabaka Mutebi,” he said.

“It’s everywhere and most of the questions that are arising in the contemporary period are involving elites from; government, Civil servants, Military and Political class. Therefore let’s not reduce the whole land injustice and land saga to Buganda only or President Museveni and Kabaka Mutebi. All Ugandans must be involved because it can easily be used as a political tool by other people to meet their agenda instead of finding a conclusive solution.”