Since Mayanja has been a strong critic of Buganda leadership for years, some social and political analysts describe his ministerial appointment as President Museveni's deliberate move to suppress mailo land, a tenure system he recently termed as 'evil' and one of the causes of evictions in the country. 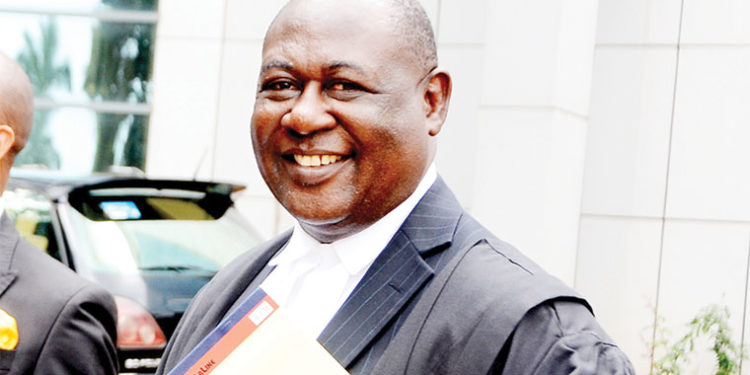 Dr Sam Mayanja, the recently appointed state minister for Lands, has in recent years built a reputation as a polarizing figure due to his strong views on the land issues in Buganda Kingdom.

He has on several occasions through his provocative newspaper opinions, attacked Buganda kingdom over its mailo land tenure system. He has consistently claimed that the tenure is illegal and government must do away with it.

Since Mayanja has been a strong critic of Buganda leadership for years, some social and political analysts describe his ministerial appointment as President Museveni’s deliberate move to suppress mailo land, a tenure system he recently termed as ‘evil’ and one of the causes of evictions in the country.

After his appointment, Mayanja, a lawyer by profession disclosed that he was overwhelmed by the confidence which President Museveni put in him when he called and said he is the one he (Museveni) had put in the lands docket.

“It’s then that I realised that he has been reading my articles otherwise where would he get information about me?Then I said, this (Museveni) is a very informed person. He knows exactly what he wants from me and what he wants to be done; and he thinks I am the person to do it. But I believe God will give me the ability to ensure that his trust and confidence in me is not misplaced,” Mayanja said during an interview with New Vision newspaper.

” ….. No, no, no, he just said: “You write progressive articles, you have progressive ideas; can you work with me in that docket of lands?”I said yes. First of all, I was overwhelmed that the President could call me. It was the very first time I heard his voice coming through my phone.”

Who is Dr Sam Mayanja?

Mayanja is a founding partner of Kampala Associated Advocates (KAA) law Firm and heads the Banking and Finance Department.

He has been practicing as a lawyer for almost 45 years and is recognised as a leading authority on land law and in the Ugandan banking and financial services sector. His main areas of practice include banking and finance, real estate, agriculture and litigation.

Over the years, Mayanja has distinguished himself across numerous sectors within the law. Prior to joining KAA, he worked with the United Nations Economic Commission for Africa a Legal Adviser on the Transcontinental Highway from Lagos to Mombasa and was the Bank Secretary at the Uganda Development Bank.

He was retained as a legal consultant by the World Bank and worked on setting up the legal framework for the Northern Corridor Transport and Transit Organisation.

A respected draftsperson and writer, Sam represented the Uganda Bankers Association in the drafting of the present code of conduct of Ugandan Banks, and was part of the team that drafted the current Financial Institutions Act, the Condominium Properties Act, Expropriated Properties Act, East African Development Bank Act, among others. Mayanja is a notable writer and has published numerous legal publications.

He has represented various clients in litigation matters pertaining to banking and finance, constitutional petitions, land law and insolvency laws. He has represented the President of Uganda in three presidential election petitions.

Mayanja joined The Lawyer Network as their exclusive Banking & Finance member in Uganda.

Involved in a tripartite negotiation between East African Development Bank, Centenary Rural Development Bank and Muddu Oils Ltd to reschedule a loan.
Headed the team that carried out debt collection for Civil Aviation Authority where UGX. 54,000,000,000 was recovered.

Heading a team that is overseeing the collection of over UGX.1,500,000,000 out of an assigned portfolio of UGX.3,000,000,000 from various unsecured loan defaulters of Barclays Bank Uganda Limited.

Advised the Bank of Uganda (Agricultural Policy Secretariat) on how to handle the Ginnery loans extended to cotton ginneries by the World Bank through the now defunct Co-operative Bank.

Acted as a legal adviser to the United Nations Economic Commission for Africa on the Trans-African Highways Programme, where he helped set up the Secretariat of the Trans-Africa Highway Authority (Lagos-Mombasa) at Bangui, Central African Republic.

He also assisted the Ministry of Finance in its negotiations with Standard Chartered Bank (SCB) on its assumption of the Ginnery loans formerly handled by the Cooperative Bank.

Appointed by the Ministry of Finance to negotiate with Standard Chartered Bank for that Bank to take over the Ginnery Loans formerly handled by the Co-operative Bank.

Acted on behalf of M/s SGS, an international Swiss company in debt collection.

Represented the Uganda Development Bank on the Uganda Bankers Association and helped draft the present code of conduct for association.

Represented Uganda Development Bank on the Board of Directors of Uganda Institute of Bankers.

Assisted in drafting the current Financial Institutions Act during its formative years as a member of the drafting committee of this Bill in the Uganda Banker’s Association.

I don’t need it! MP Ssegirinya to give Shs200m meant for his car to his Kawempe voters

I don't need it! MP Ssegirinya to give Shs200m meant for his car to his Kawempe voters