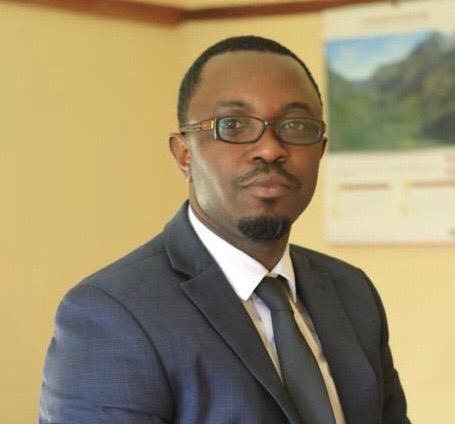 In his wonderfully written book, The Pandemic Century, author Mark Honigsbaum says, “Reviewing the last hundred years of epidemic outbreaks, the only thing that is certain is that there will be new plagues and new pandemics. It is not a question of if, but when”.

Today, despite the new medical technologies and the wider availability of vaccines and antibiotics, the human race is more vulnerable than ever before. Experts predict that there are 219 virus species known to infect humans and that there’s still a substantial pool of many others still undiscovered.

In the past 20 years, coronaviruses alone have caused three major outbreaks worldwide (MERS, SARS and COVID-19) but what is even more troubling is the short duration between these three pandemics. Therefore, Covid-19, does not stand alone, and is an indication of more pandemics and diseases to come.

Of the pandemics that have infected the human population in recent decades, the majority have been triggered as a result of close interactions between humans and animals, especially rodents, bats, monkeys and chimpanzees. And due to its structural setting, Africa has long been feared as the seat of these outbreaks that have included Ebola, HIV, Marburg, Yellow fever and malaria, among others.

Urbanization has been identified as one of the key drivers for this closer contact between humans and wild animals. When forests are cleared to make space for residential, commercial and agricultural purposes, habitats of a variety of animals are disturbed or destroyed.

These activities have brought us closer to isolated ecosystems which we wouldn’t necessarily have made contact with in the past, potentially exposing us to new pathogens that normally reside in animals and can then jump to humans.

Consider the Yersinia pestis bacteria that causes the plague (once called the Black death): Discovered in Hong Kong in 1894, this bacterium is one of the deadliest pathogens known to man and it is conservatively thought to have been responsible for 100 million deaths throughout history.

Following earthquakes, road construction and other human activities caused by urbanization, rats and squirrels were displaced from their burrows and dispersed throughout the cities/towns, sparking the outbreaks. The disease is transmitted through bites to humans from infected fleas that live in these animals.

Another risk: bushmeat hunting and consumption, which is particularly widespread and on the rise in sub-Saharan Africa. These activities, as they threaten animal species and change ecosystems, also bring people and wild animals together.

In the case of the Ebola virus, it’s reported that bats are the virus’s natural reservoir and main source of human infections. In West Africa, the first outbreak of Ebola occurred in 2013 after a group of children in Meliandou, a remote village in Guinea, caught and cooked an Angolan free-tailed bat. Within a few days, one of the children was dead, followed by his pregnant mother and his entire family was soon wiped out. Not long after, the disease had spread in the whole region, killing thousands of people.

In the context of HIV, the virus that causes AIDS, is thought to have hopped species when a hunter in equatorial Africa killed an infected chimpanzee and was exposed to the animal’s blood through a cut. Today, an estimated 40 million people have died from HIV/AIDS since the disease was first recognized in the early 1980s, a figure that approaches the mortality of the Spanish flu (50 million).

With the above scenarios notwithstanding, the real causes of pandemics remain shrouded in mystery. And while a pandemic like Covid-19 came at a time when scientists have the technology and intellectual tools to devise high-tech tests and treatments, there are still glaring loopholes in public health all over the world.

It seems almost inevitable that new human viruses will continue to emerge, mainly from other mammals and birds, for the foreseeable future. For this reason, an effective global surveillance system for novel viruses is needed.

It also underlines the importance of paying attention to factors that are known to increase the risk of infection and that lie within human control. it will take some unprecedented cooperation between networks of sharing information in order to develop effective vaccines and treatment drugs.

Mr. Mukalazi is a Socio-economic analyst and is the Country Director of
Every Child Ministries Uganda.
bmukalazi@ecmafrica.org