Meet Ugandan maid in Oman who turned her lemons into lemonade

The day she landed in Oman, Jovia heard that little voice wondering if she would ever come out of the foreign land she was in, alive. However, she conquered her fears and moved on to her new home. 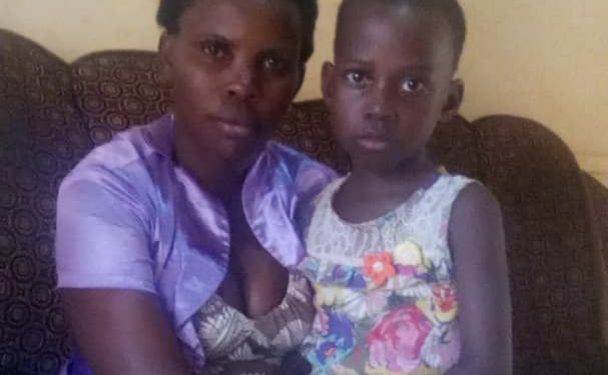 Jovia Namagembe with her child

Hundreds of Ugandan girls have sought employment opportunities in the Middle East. On reaching their destination, many of their dreams have been shuttered, and left with horrific stories to tell – some actually never live to narrate of their experiences.

However, there are maids who return with good memories from their Kadama experience! C’est la vie – these ones return to start businesses, build homes and never regret having found their capital out of the ‘desert’.

Twenty-four-year-old Jovia Namagembe belongs to the first group – she spend two years in tears and bitterness.

Before she left Kampala, Jovia had walked out on her boyfriend with whom they had a child. The boyfriend had specialized in beating her after any slight misunderstanding. Their domestic brawls were well known to their neighbours and local authorities who intervened in the unending fights.

The young woman was advised by friends to try the Middle East to make money to help her take care of her child.

Jovia was determined to do anything to get her life together and she found a labour export agent who promised to find her a job in Oman. She got her passport and visa quickly and was on the plane to Oman. She didn’t even know what life to expect in Oman – all she was promised was a USD250 a month from which she planned to send at least USD50 back monthly to her sister who stayed with the child. She planned to use the balance to start a business when she finally returns to Uganda.

The day she landed in Oman, Jovia heard that little voice wondering if she would ever come out of the foreign land she was in, alive. However, she conquered her fears and moved on to her new home.

On the first day – her bosses didn’t even wait for her to overcome her jetlag. She was welcomed with washing dishes and assisting in cooking food she had never tasted in her entire life.

After dinner, she realized things would be tough. But she knew what she wanted. So, she was determined to go all the way.

Before long she realized she would not be friends with her new bosses. She felt discriminated – and had to put up with eating alone after everyone else had finished their meals. This also meant eating leftovers.

When it came to domestic chores – she never knew someone can wake up at 4.30am and sleep after mid night. She cleaned her boss’ house, washed garments, cooked – amidst insults and sometimes slaps from the wife.

“Arabs have this habit of holding parties. On such days, it meant me going to bed after 2am.” She recalls.

When she could not put up with more sorrow – Jovia asked her bosses to allow her return home. It was like she had opened another can of worms.

The boss accused of wanting to escape without finishing the money they invested in her. The wife confiscated her passport and other documents she would use to identify herself. From that day – she was under surveillance for anything she did.

That was until the day she was directed to accompany the family for shopping at the mall.

While there, she was told to wait at the waiting seats at the mall. There was an African young woman who was playing with kids. They seemed to be enjoying themselves. She could not imagine Arab children playing with an African.

Something told her to ask for help.

“I am Jovia, I want to run away,” she told the stranger. “Where are we?” she asked. There was no time. She had to say what she had to say before the shoppers came out.

The stranger asked her where she came from. She said from Uganda. The stranger was also Ugandan. Nanfuka Amina – her name.

The two Ugandans were so happy to see each other. At some point Jovia forgot her worries – she had never spoken Luganda with anyone since she arrived in Oman.

Amina and Jovia meeting froze the time – and before their bosses emerged out of the mall – Amina had shared a telephone number of some lady in Busabala in Makindye Saabagabo municipality off Entebbe Road. Amina told Jovia that before her current bosses, she had really a tough time in Oman. However, a friend had given her a number of Nalongo Munyori a herbalist who she called to explain her condition. Life has never been the same again. She is enjoying Oman like it is home away from home.

Jovia took the number of Nalongo Munyori and narrated her ordeal to her. Nalongo asked for a small fee and told her to wait. If she is not happy with the result, she told her never to call her again. (Find her on 0752321491)

However, a week after the telephone call – something happened that changed the home atmosphere for Jovia forever. Her boss’ wife collapsed at home. Her blood pressure was high. It was Jovia who made necessary telephone calls to get her to the nearest hospital and get her family around her at the frightening time. When the lady returned home, she was full praises for Jovia. She assured to anyone who came to check her health that were it not for the Ugandan girl, she would be dead.

In the weeks that followed – the boss’ wife and Jovia were tight friends. Her passport was returned to her and her pay were appraised from USD250 to USD500.

Jovia is now back in Uganda. She went to see Nalongo Munyori with gifts to show her gratefulness and ensure when she returns to Oman, her fortune is much better.