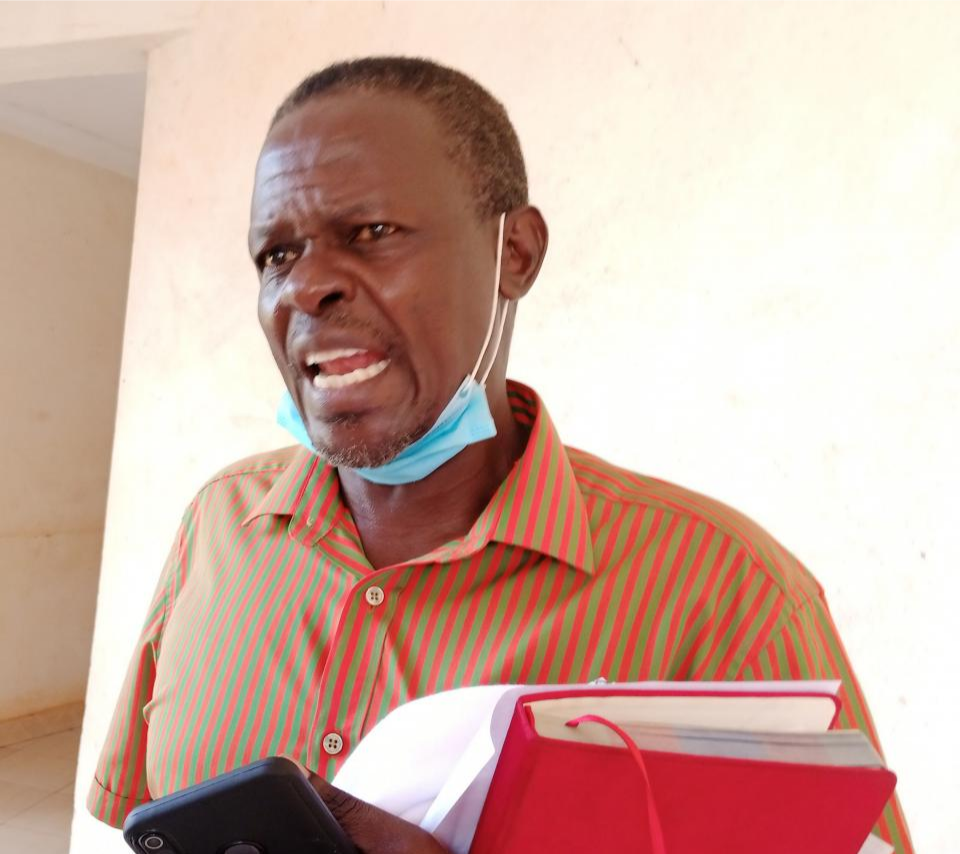 Police in Kayunga has arrested over 40 illegal passengers who were nabbed on their way to Kampala. These, say they were cleared by Deputy Resident District Commissioner, James Mukose Musondole.

In a telephone conversation with this news website, Kayunga RDC Elijah Madoi says he has been getting complaints that his Deputy- Mukose has been illegally clearing people to travel to the city on the pretext of going for burials.

This prompted him to set up his intelligence network to unearth the whole racket.

” Yesterday, my intelligence alerted me that two vehicles had been cleared for travel today. In the morning, I went at the checkpoint and disguised so they couldn’t identify me,” Madoi narrates.

Before long, one traffic officer identified as Atwiine Julius arrived at the checkpoint to assess the situation before the vehicles could finally come to pass.

All this happened while, the RDC was witnessing everything.

Minutes later, a costa with 16 people on board, and a commuter taxi with 14 passengers arrived and passed the checkpoint uninterrupted.

“I got another car which they didn’t know and drove following the two passenger vehicles. When I intercepted them, I was shocked by what I saw,” he adds.

The drivers of the two vehicles confessed that Deputy RDC Mukose had cleared the vehicles and that he had been doing it for some time in exchange for payment.

Upon searching the cars, blank clearance forms were also discovered with stamps from the office of the RDC. These, Madoi claims could have been issued so the drivers would not be required to move to the office every day. They could hence clear themselves.

On what will be done to the errant RDC and the accomplices, Madoi said he had done his job and the rest will be handled by police.

He however promised to follow the case up to a logical conclusion and called upon the public to avoid illegal shortcuts aimed at bypassing the presidential directives on the fight against COVID-19 19.