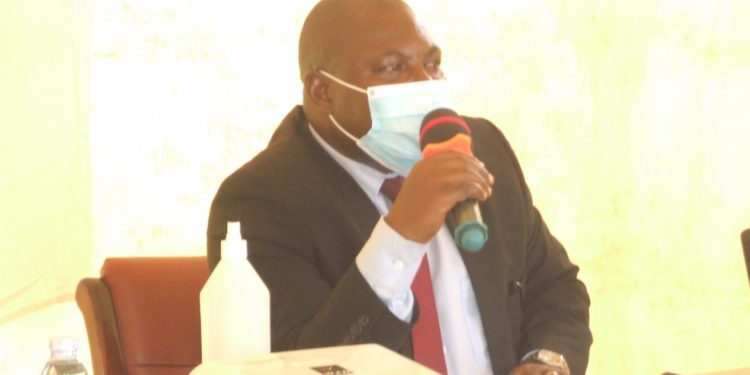 The Kabale district outgoing chairman Patrick Besigye Keihwa on Monday handed over tools of power to the district Chief Administrative office after 10 years in office.

Keihwa contested in 2020 National Resistance Movement (NRM) and lost to Nelson Nshangabasheija and decided not to stand in the general election.Keihwa joined the office on 12th May 2011 after serving as Kitumba Sub County District councilor for 5 years and was re-elected for the same seat in 2016.

Among the tools he has handed over included the office key, district vehicle key, chairman residential house in making, 9 office cushioned chairs, a set of sofa set, a set of modern chair, swift chair, a desktop computer, East African and national flags and a wall clock.

In his final speech as the district chairman, Keihwa hailed the councilors who have been his opponents, especially the outgoing Kamuganguzi sub county councilor Julius Barutsya and the Kitumba district council representative Emmy Arineitwe for making him a steady and strong leader.

He further thanked the councilors he has worked with for their vibrancy which has helped Kabale District to take a step in development.

After receiving tools of office, the Kabale District Chief Administrative Officer Edmond Ntimba thanked Keihwa for his passionate service delivery and urged him to always advocate for the district whenever he will be serving.