by Mubiru Ivan
in National, News
30 2 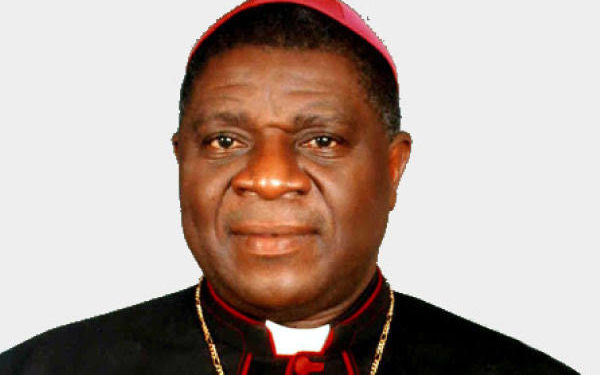 The Most Rev Paul Ssemogerere

The announcement was made by the Pope’s ambassador to Uganda, Luigi Bianco, during the send-off of the late Archbishop Lwanga at Lubaga Cathedral.

The Archdiocese of Kampala is now in a time of ‘sede vacante’ (the seat being vacant) as the seat of the diocese is vacant until a new bishop is appointed and installed.

Who is an Apostolic Administrator?

An apostolic administrator is a bishop who is appointed by the Pope to see to the good order and administration of a diocese that is awaiting the appointment of a permanent bishop.

In addition to his usual pastoral responsibilities as bishop, the apostolic administrator has the authority to make the necessary decisions for the daily operations of the diocese.

The role of the apostolic administrator ends when the new bishop is installed. In general, the Apostolic Administrator is subject to the same obligations and possesses the same powers as a diocesan bishop. However, there are certain limitations on the power of the administrator that hinge upon his status.

Ssemogerere was appointed bishop of Kasana-Luweero on 4 June 2008. He had served as a long-time parish priest and vicar general of Kampala archdiocese. Ssemwogerere is also a widely connected prelate, especially in politics and business circles.

Kampala Archdiocese comes with the burden of being a political and business seat of Uganda. The ordinary of Kampala has to carry the weight of infusing the spiritual, moral as well as the political, social, historical, cultural etc of not only Buganda region but also, Uganda as a whole. It will not come as a surprise if Bishop Ssemogerere is confirmed, the archbishop.

Ssemogerere, of Lugave clan, was born at Kisubi, in Wakiso district, but very near Kampala city. He attended Kigero Primary School before transferring to Kisubi Boys Primary School. He then studied at St. Maria Goretti Senior Secondary School Katende, where he completed his O-Level studies. In 1976, Ssemogerere and seven other young men became pioneer students at St Mbaaga Seminary at Ggaba. This was the first class of this seminary, which specializes in admitting men to train as priests when they are older than usual, and without attending minor seminary. It was the late cardinal Emmanuel Nsubuga who spotted him and sent him to attain a Masters’s degree in Divinity at the Saint Francis de Sales Seminary, in Milwaukee, Wisconsin, in the United States. He was actually ordained deacon by Archbishop Rembert George Weakland, the Archbishop of the Roman Catholic Archdiocese of Milwaukee. In 1983, Cardinal Emmanuel Nsubuga ordained him priest and served in different capacities until he was consecrated as bishop on 4 June 2008.

PROFILE: Who is Bishop Paul Ssemogerere, the new Apostolic Administrator of Kampala Archdiocese?