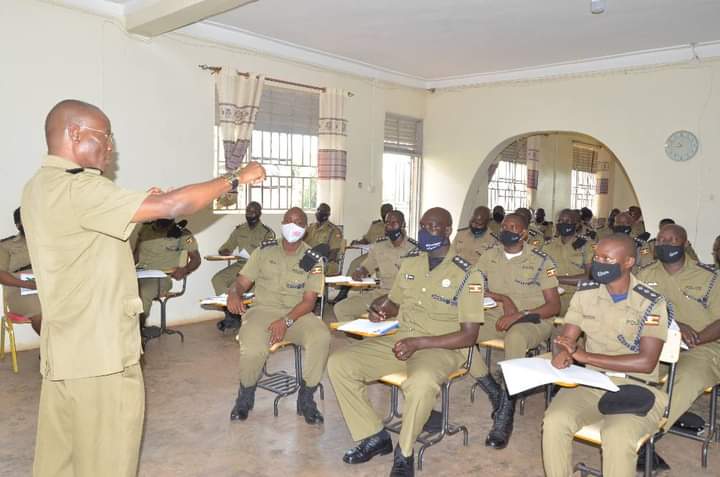 At least 47 police officers have Friday completed a two weeks Political Commissar induction course. The group has been undergoing the training at Senior Command and Staff College, Bwebajja.

Speaking to the participants at the closing ceremony this afternoon, the Uganda Police Force’s Political Commissar, AIGP Asan Kasingye, urged them to be ambassadors of discipline in the force.

“As political commissars, you should ensure that discipline in the force is adhered to. Not only should you be exemplary, but also be ambassadors of discipline,” AIGP Kasingye said.

This is the second intake of Political Commissar course designed to deepen the ideological training of the police force. According to AIGP Kasingye, the primary responsibility is to have ideologically conscious police officers who understand that the services of the force must be achieved through a partnership between the police and the public that they serve.

“You should go out to the public and ensure that the relationship with the community is strong. That there is internal cohesion among the police officers. Listen to their concerns from welfare to administration and bring them to the attention of unit commanders. At the end of the day, we want a police force that is ideologically oriented, with integrity, and one that serves the public,” AIGP Kasingye added.