by Mubiru Ivan
in News, Politics
33 1 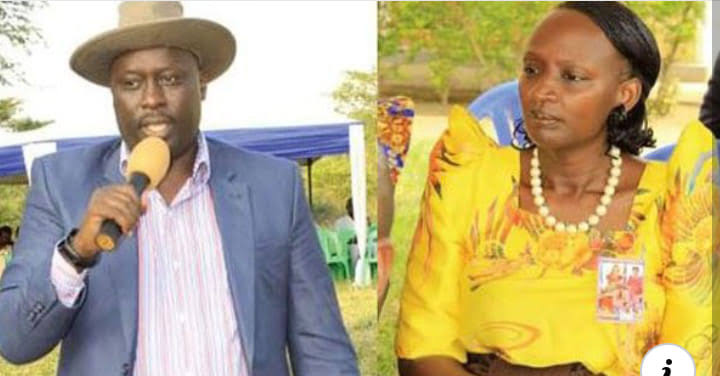 Sodo confirmed on Wednesday that he had pulled out of the race in favour of Foreign Affairs Minister Sam Kahamba Kutesa’s daughter Shartis Nayebare Kutesa Musherure.

Last night, Sodo reached an agreement with the camp of Musherure to step down for the good of ruling party NRM.

He said since both of them belong to NRM, their being in the race would have divided the party’s votes thus giving the opposition leverage to emerge victorious.

The negotiations were mediated by President Museveni, Sam Kuteesa, Salim Saleh and other NRM bigwigs.

Both candidates have been running as independents despite belonging to NRM.

Last month, the High Court ruled that it was illegal for the NRM party Elections Dispute Tribunal to fail to decide on the legitimate candidate for the Mawogola North Parliamentary seat. Justice Musa Ssekaana delivered the verdict in his ruling on an election petition filed by Sodo against his rival Musherure and the NRM party stemming from the contested Mawogola North primary election results.

Sodo petitioned the high court through his lawyers Acardia Advocates accusing the NRM party leadership for failing to declare him the winner of the primaries after defeating his main rival, Musherure, who wants to replace her father and Sam Kutesa.

Musherure rejected the results of the poll and petitioned the NRM Elections Dispute Tribunal arguing that the primaries were marred by gross irregularities. The tribunal chaired by Enoch Barata failed to rule on the dispute and referred the matter to the Central Executive Committee (CEC) for guidance, which wasn’t provided.

The CEC instead referred the matter to the NRM vice-chairperson, Al-Hajj Moses Kigongo who allowed the two candidates to run as independents. This didn’t go down well with Sodo who decided to petition the high court for redress. He asked the court to find the decision of the NRM elections Tribunal to refer the matter to CEC illegal, saying it was tainted with illegality and procedural impropriety.

“The facts as presented clearly indicate that the person who made the decision as stated in the affidavit indeed never heard that the parties. This is a total breach of the duty to act fairly and thus puts the said decision in question for being illegal and in breach of rules for fairness as enshrined in both in the National Constitution and the NRM Constitution,” said Ssekaana.

He argued that as such the party’s decisions were illegal and tainted with procedural impropriety.

Ssekaana, who didn’t clearly state whether Sodo is the official Mawogola North flag bearer said “court cannot substitute an alternative decision-maker and that in many circumstances; the decision-maker will be free to reconsider the matter and make a fresh the decision provided that in so doing, he or she doesn’t repeat the error or make any further reviewable errors.”

MICHAEL ABONEKA: Why you must vote tomorrow