by Andrew Baba Buluba
in News
34 1 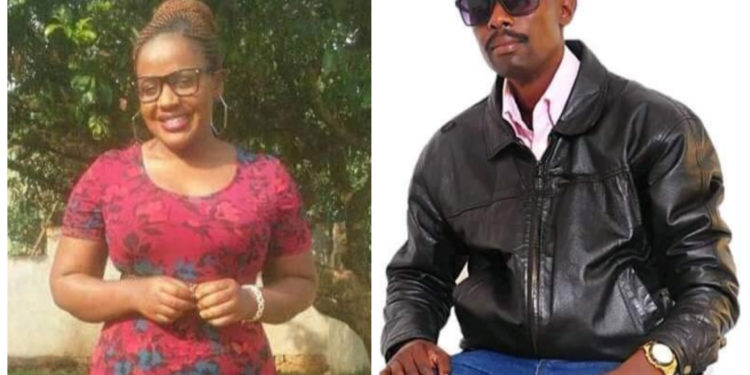 With his head dropping like a desert flower, eyes protruding like a he goat being castrated and with the simplicity of a priest, poor Jerome seemed to be saying his last prayers before a spear holding man whose wife he had come to feast on.

Jerome Mugenyi is said to have traveled all the way from Fort Portal to Mbarara just to balance his bedsheet diet with a married woman Irene Musimenta at Omunsiíye Nyamitanga.

In a video that has since been widely shared on social media,a helpless and hopeless Jerome is seen pleading for mercy from a giant spear holding man said to be husband to Musimenta.

The fully charged spear holder would periodically threaten to insert the sharp tool inside a now flaccid Jerome’s manhood if at all he didn’t follow his instructions precisely.

“Tell me your name or else I will push this thing inside you and we then go to court and sort it from there,” Jerome’s captor would often threaten.

The two, Jerome and Irene were arrested and detained at Mbarara Central Police station.

It’s reported that Jerome, all the way from Fort Portal was connected to Irene by someone in Kampala who assured him she was an insanely loaded sugar mummy who would save him from all his financial worries.

Unaware of the fact that Irene was married, the excited Jerome made the maiden visit to Mbarara, only for his happiness to be interrupted by the arrival of the man with a giant spear!

“Please, don’t kill me. I am the only boy of my mother,” pleaded the poor Jerome as Dad Bella seemed un bothered.

With a thin pencil ( made thinner by the fear), Jerome would understandably become a villain and source of public ridicule for the shameful act of bedding a married woman in another man’s house.

Far from it however, Jerome – the only boy of his mother is now the talk of town!

The bravery, the calmness, repentant attitude and honesty has made many of like minded men and women fall in love for this man they seem to regard as real hero.