by Catherine Apolot
in National, News
10 1 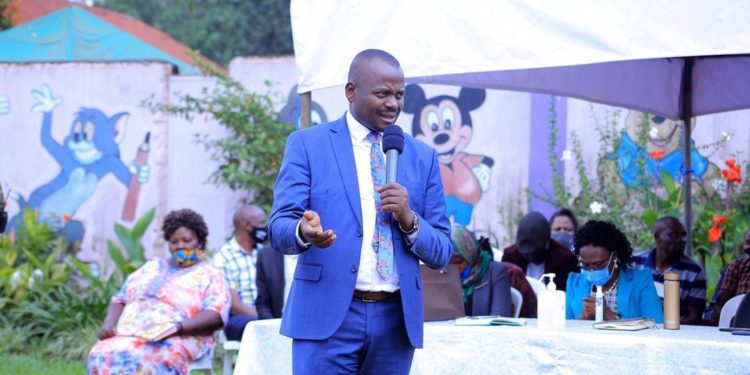 When it comes to people with giving hearts, Haruna Kyeyune Kasolo, the State Minister for Microfinance cannot be left out.

Through his Kasolo Foundation, the Minister who is also the Kyotera County legislator has overwhelmingly transformed the livelihood of his constituents.

Mr Kasolo has won hearts in Kyotera  where he has managed to reach out to a good number of residents in the area by supporting them in one way or the other.

And on Tuesday, the Kyotera County Parliamentary candidate gave out loans to women in his constituency which shall be paid at a later stage with low interests.

The Minister also called upon those interested in boda boda loans to register so that they can also benefit from his foundation works.

On 12, December, 2020, Mr Kasolo gave out boda bodas to the youth as a way of curbing the unemployment problem in the area.

Addressing his voters yesterday, Mr Kasolo said he did not only go to Parliament to represent the people of Kyotera but also to transform their lives for the better through offering financial support.

“I have always promised to change your wellbeing. I will not back down until all of your are financial stable,” he asserted.

Apart from giving out boda bodas and loans to the women groups, the Kasolo Foundation has paid schools fees for many pupils and students in Kyotera and it has also managed to enroll youth for hands on skilling.