SACCOs decry high taxes imposed on them by URA 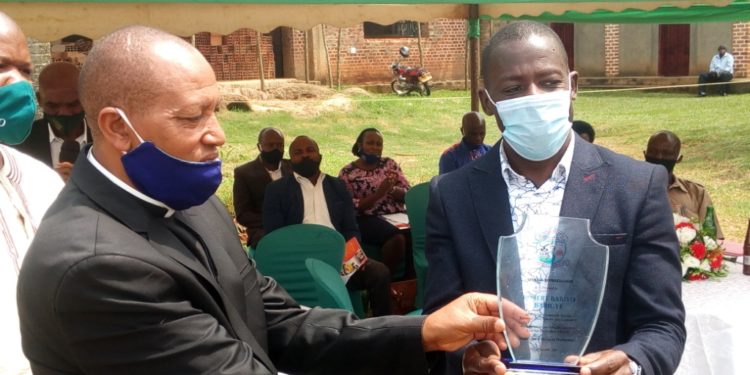 Saving and credit co-operatives (SACCOs) have tasked Uganda Revenue Authority (URA) to set tax policies that will promote the growth of the sector.

Speaking at the 14th Annual general meeting of Nyakibale development Sacco limited in Rukungiri municipality, Julius Ainemukama, the Sacco Manager said that if the tax body fails to revise its policies, most Sacco’s are likely to collapse.

The manager added that the high taxes charged by URA are crippling the Sacco’s savings that the tax body charges a lot of fees that are straining the growth of Sacco’s and eating up people’s saving.

Bob Bariyo Barigye who guestured at the 14th Annual general meeting of Nyakibale development Sacco at the same time the commissioner for co-operatives in the ministry of trade, industry and co-operatives asked the Sacco members to lamenting but buy more shares saying that by buying more shares, the Sacco will be able to pay taxes without affecting people’s savings.

“Once you start buying more shares within your Sacco, the Sacco will be able to pay taxes in time without affecting your savings. Therefore the Sacco leadership has a great role to perform and sensitize the members the importance of opening more shares, ” Barigye said.

The commissioner also asked the Sacco members to stop misusing their savings but use them to improve their livelihoods.

“The savings you make should be used for developmental purposes not for buying alcohol. Emulate your colleagues who have used such money to build houses and start income generating projects, ” Barigye said.

Barigye added that “it is shameful when a member dies and the family does not even have a mattress or bed sheets to wrap the body asking the members to take their Sacco seriously if such stories are to be avoided.”

Aloysius Mpirirwe, the chairperson broad of governors asked the members to use their savings to set up businesses so as to boost their levels of income.

“The Sacco is developing on a daily basis in terms of membership and it is from membership fee that we raise money to run the Sacco and we are among the best performing Saccos in the district,”Mpirirwe noted.

He however, said multi –borrowing by members from different financial institutions is a major challenge as it makes it difficult for them to clear their debts in time thus affecting the growth of the Sacco.

Caroline Authire, the Rukungiri district commercial asked the Sacco Leadership to emphasis training and equipping the human resource with necessary Knowledge that will help the Sacco to develop.

“Prosperity of any business venture is vested in reliable human resource that is committed to work alongside the available limited financial resources,” Caroline said.

She also asked the youth and women to guide each other in business to ensure Quality of items for profits maximization and business growth and be harder working in their areas of investment when they are still energetic.

13 Unusual Facts About Women That Are Totally True