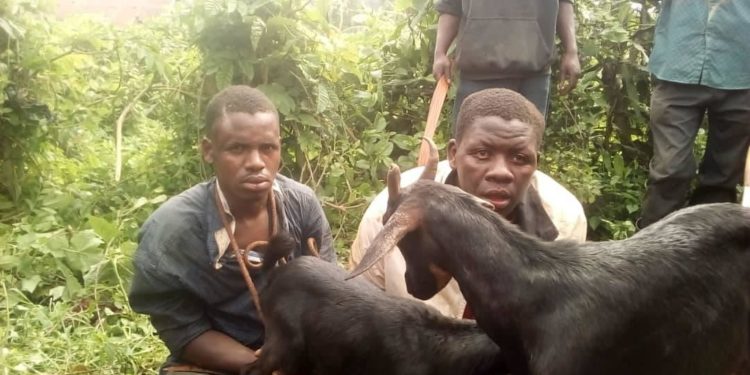 Suspected got thieves before being lynched

Police in Rubanda District have arrested five people including two LC1 chairpersons for allegedly partaking in mob justice in which two suspected goat thieves were beaten to death.

The deceased are Tom Tumwesigye and Gracious Arinda both who have been residents of Rwere village in Muyanje Parish, Bubare Sub County in Rubanda District.

The Kigezi Regional Police Spokesman Elly Maate explained that the suspects were picked up after Obed Kitabutuka an LC V Councilor at Rubanda District also a resident of Rwere village reported the case at Rubanda Police Station.

It is said that on 15th Nov. 2020, the mob beat up Tumwesigye and Arinda after they were accused of stealing goats belonging to a 78 year old woman identified as Serediana Nyamitwe, a resident of Rusukizi village in Muyanje parish .

Maate identified the arrested as James Kabagambe the LC 1 chairman of Rwere village and Ivan Nkwasizehi the LC 1 of Kirwa village all in Bubare Parish.

Others arrested include Isaac Byamukama, George Tukundane both from Rwere village and Alex Nuwareba of Kirwa village who were reportedly at the venue from where the suspects were mobbed .

After severe beatings, the suspects were reportedly taken to Kabale Regional Referral Hospital from where they succumbed to wounds the following day. 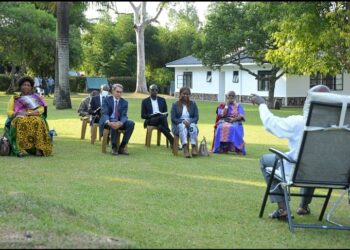 MICHAEL ABONEKA: Without Leveled ground, there cannot be Free, fair and Democratic elections