Benard Odoi Onen: Here is the stunning bio-data of NRM Eastern youth MP flag winner, he sat PLE at 4 years, S4 at 9 and S6 at 10 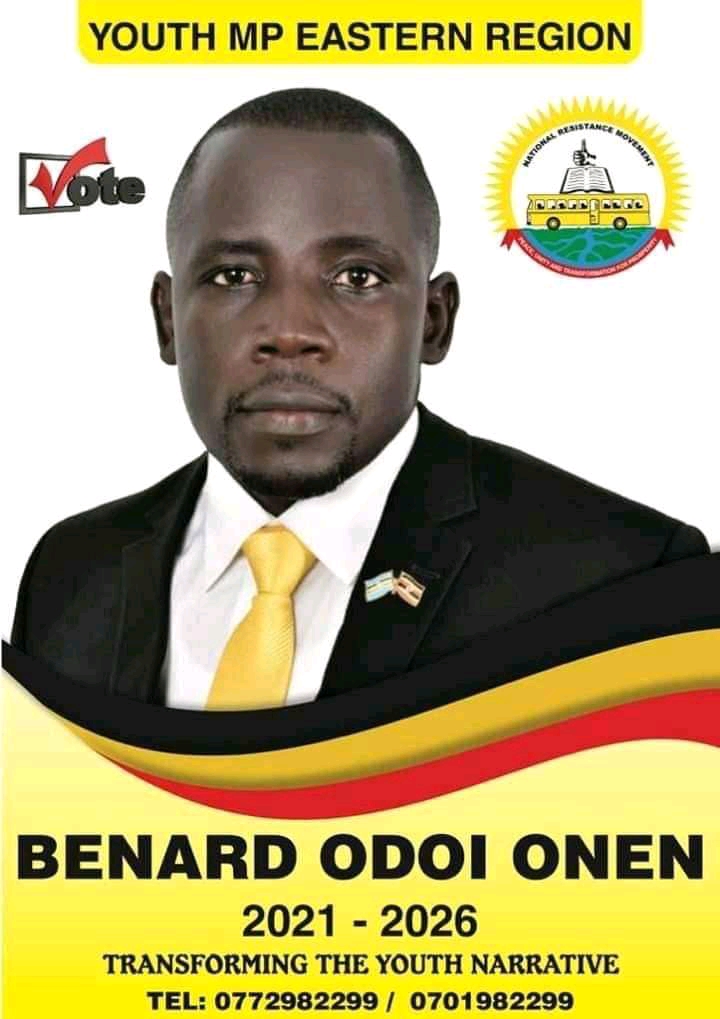 If the records about the Eastern NRM youth MP flag winner Odoi Bernard Onen Mutusa obtained by this website are to be believed, his could turn out to be the most exciting story to tell and perhaps an inspiring one for many.

Onen came out the overall winner of the recently held NRM primaries for the youth Member of Parliament meaning he will be flying the ruling party’s flag in the February 2021 parliamentary elections.

Shortly after his victory however, very confusing details have emerged, punching holes in the credibility of the information he provided to the party Electoral Commission before his parliamentary bid was okayed by the Tanga Odoi led Electoral body. 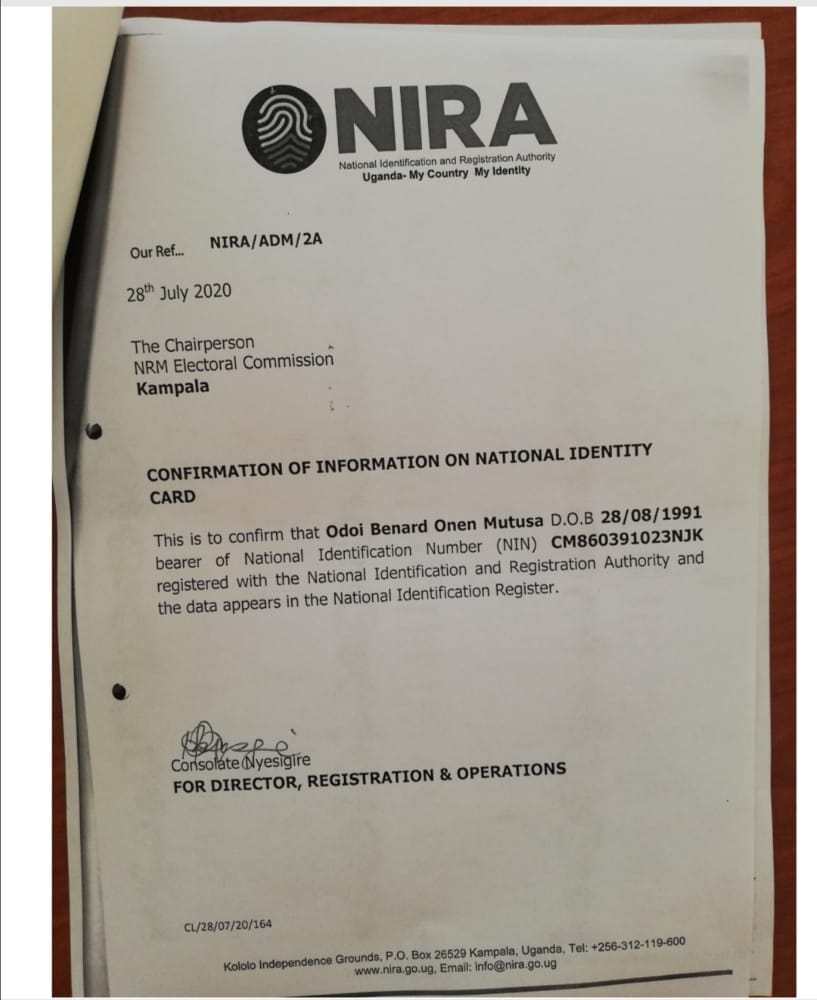 Born on the 28/8/1991 according to the information captured by the National Identification and Registration Authority [NIRA], Onen is reported to have sat for his Primary Leaving four years in 1995 before completing Ordinary level from Tororo Progressive Secondary School in 1999 according to the result verification certificate issued by the Uganda National Examinations Board.

His birth certificate however reveals August 28 1982 as his birth date which makes him eight years above the maximum age for one to contest for a youth MP in Uganda. 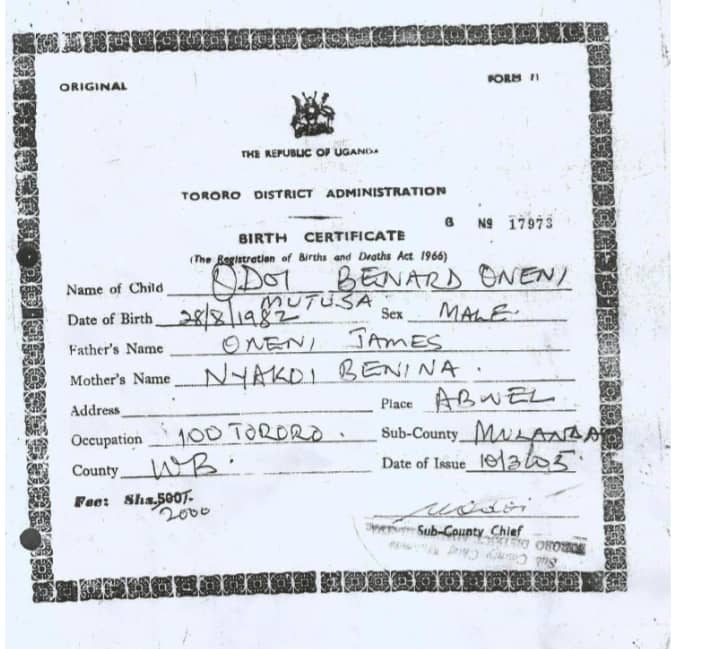 The bio data obtained from Kampala International University where Mr Onen enrolled for his degree in Law reveals more shocking information about the “youthful” MP hopeful.

Eventhough it maintains the August 28 date of birth, the year changes to 1983.

Another controversy on this particular document is the years between S4 and S6. The document shows that Mr Onen was admitted in A level in 1999 and completed the same year. This would mean that in 1999, he completed 3 classes (S4, S5 and S6). 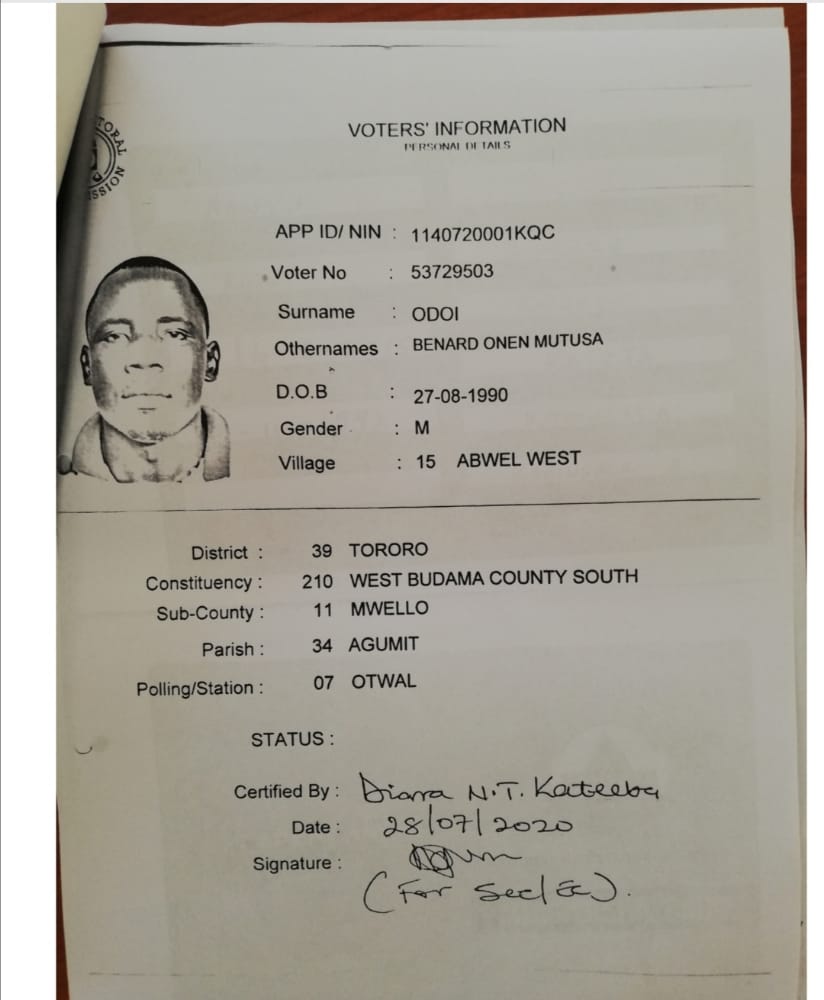 The challenge for the troubled young NRM cadre is that if either 1982 or 83 is maintained as his date of birth, it would lock him outside the eligible age to contest for a youth Member of Parliament slot which is 30 yet 1991 would equally rise questions over the authenticity of his academic credentials.

There have been some unsubstantiated reports that Onen’s victory has already been challenged at Jinja High Court.