by Mubiru Ivan
in National, News
29 2 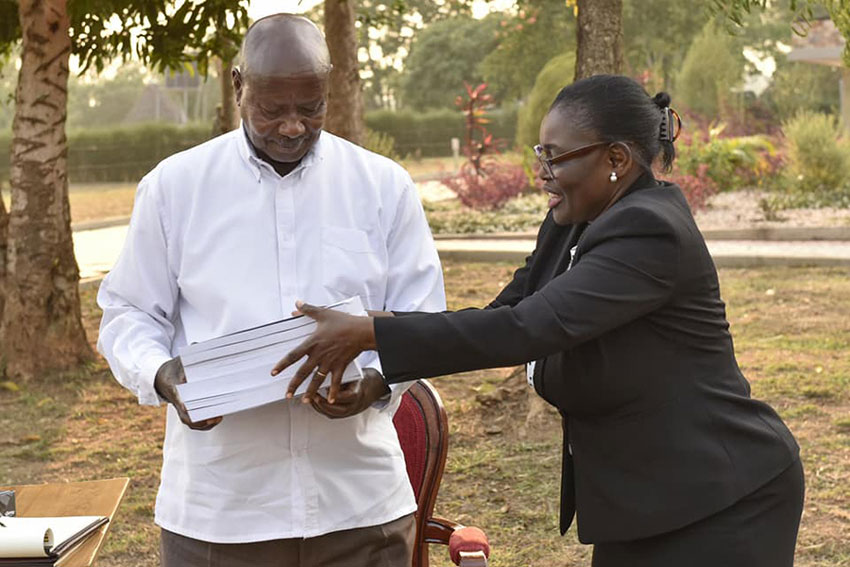 The Constitutional Court has stripped the Commission of Inquiry into Land Matters all its powers, after three years in place.

The Court quashed the decisions and recommendations of the Commission of Inquiry into Land Matters which the judges condemned as having acted illegally when it convened itself as a court of law in handling land disputes.

In decision of the Court on Tuesday, the five judges on the panel ordered that all the disputes relating to ownership, use and or access to land emanating from the land act, the registration of titles act or any other law where such a dispute is not resolved amicably or administratively can only be determined by a court of law established under article 129 of the constitution.

The Constitutional Court also ruled that land probe which cost the taxpayer almost sh100 billion, headed by Justice Catherine Bamugemereire, was wrong to order for the arrest and detention of city businessman, Abid Alam when he had appeared before it to inquire about his over 10,000 acres of land in Mubende District.

In a 4:1 majority decision of the Nakasero-based court, the Justices held that the move to cause his arrest violated his right to a fair hearing, own land among other constitutional breaches.

“The act of the land commission of inquiry in directing or ordering the arrest of the 1st petitioner (Abid Alam) on account of his violation of mediation settlement initiated and endorsed by the land commission, violated the plaintiff’s right to land, liberty and fair hearing,” ruled Justice Cheborion Barishaki in his lead decision.

In his petition, the businessman had claimed that he is the proprietor of approximately 10,000 acres of land in Mubende District.

He added that he acquired the said land between 2001 and 2004 and had fully developed it with suitable infrastructure for commercial farming.

The businessman went on to contend that on December 8, 2016, the land probe was instituted by the President and in 2017, the same commission conducted a public hearing on his land which saw many complaints raised by ex-world war servicemen, claiming to have interest on his chunks of land.

“The commission of inquiry gave a directive for preservation of the status quo in regard to the 2nd petitioner’s land as it conducts a mediation between the warring parties,” Mr Abid stated in his petition
Adding:”On November 7, 2017, the commission of inquiry issued a warrant of arrest of the 1st petitioner (Mr Abid). When the 1st petitioner appeared before the commission, he was arrested and detained at Wandegeya Police Station on the orders of the commission. He was detained from 11am to 11pm when he was released upon his undertaking not to interfere with the status quo of the 2nd petitioner’s land.”

CHARLES RABA: Mabirizi has become a public nuisance, he should stop wasting time on useless cases and instead go to LDC to horn his skill