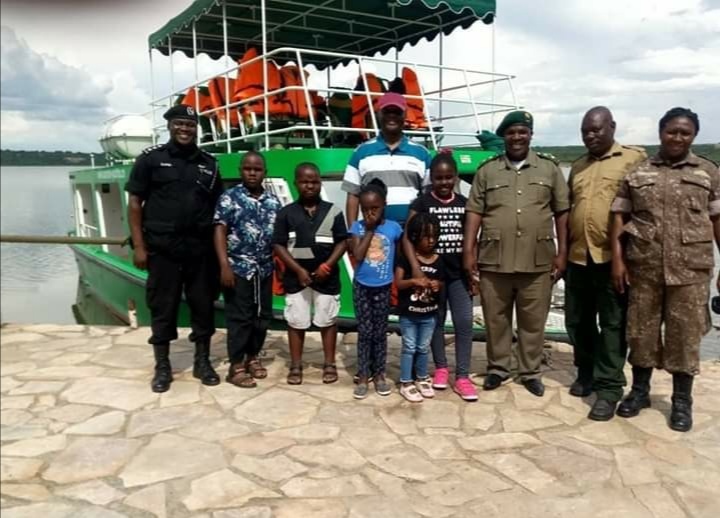 Kabaka Mutebi enjoys nature and wildlife. Here he was in Uganda at one of his past excursions.

“Every year Kabaka Mutebi takes his leave after the coronation anniversary between August and September. It usually lasts two months. He has done this every year since he was enthroned 36th Kabaka of Buganda,” a close source to the Kabaka said. “He has entrusted all the affairs of running the Kingdom to his prime minister who only gets in touch with him whenever there is need,” the source added.

After the coronation anniversary celebrations at the Mengo Palace, Kabaka Mutebi appeared at the Ministry of Internal Affairs to update his diplomatic passport to enable him take this break. “After that he drove to Kenya. President Uhuru Kenyatta gave him some of his presidential guards who picked him from Malaba and drove him all the way to the Masai Mara,” the source added. Masai Mara is one of Kenya’s tourists attraction.

“He is very safe being looked after by Kenya’s elite security forces,” our source confirmed.

Kabaka Mutebi has always wanted to witness the annual migration of the animals from Tanzania to Kenya and this time he decided to go and witness what one could say is the world’s greatest wonders. “He decided to witness the Serengeti wildebeest migration when there are less tourists given his security detail,” the source added.

While in Kenya, Kabaka Mutebi is also scheduled to visit his friends among them former Prime Minister Raila Odinga and also do some personal work, Watchdog understands.

“He is the Kabaka but besides his office, he attends to personal business as well. Being away on vacation enables him to spend his time on such issues,” the family source told Watchdog website.

Kingdom sources say the Kabaka although is away, he is always updated by the Katikkiro on major issues. “Katikkiro Charles Peter Mayiga and a few kingdom officials are in touch with him. I actually spoke with him this morning,” the source said. “He even joked about those announcing his death,” another source added.

Last weekend, rumours gained momentum claiming the Kabaka of Buganda, His Majesty Ronald Muwenda Mutebi was ill. The rumour was spread by social media talking heads, whose intention is mainly to grab the attention of unsuspecting followers or divert people’s attention from real issues affecting the country.

Although the Katikkiro made a statement to this effect, assuring Buganda that their Kabaka was okay, the talking heads went ahead, until Thursday, they sadly announced the ‘Kabaka dead’. The idiocy had gone too far.

The reports that the Kabaka is unwell are unfounded. They as good as the reporters who recently announced the president of North Korea dead only to be shamed and discredited when he emerged from his break.

“Those talking heads will not force the Kabaka out of his holiday. He deserves it. He has worked hard all year. Please don’t disturb him,” our palace source said.