by Stephen Kalema
in News, Politics
42 2 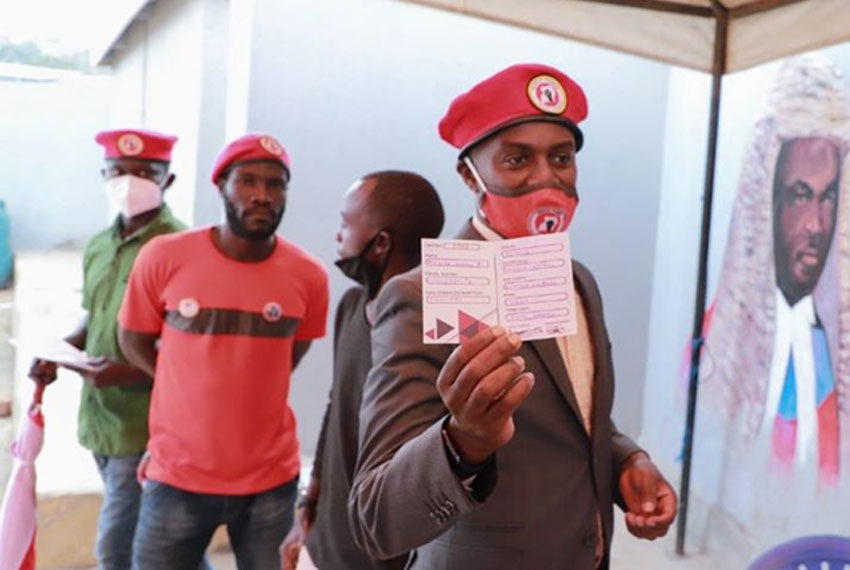 Addressing journalists on Tuesday at the National Unity Platform Headquarters in Kamwokya, Ssenyonyi said by the time Mwenda joined the party last week, they had not issued out nomination forms for presidential flag bearers and that the people who are supposed to give out the forms asked the controversial political analyst to wait but he insisted that he must be served with the papers thus giving him the available nomination forms for MPs.

Unfortunately, Mwenda never cared to check whether he was given the right nomination forms.

“The delegates conference which took place in July last year elected Kyagulanyi as a leader of NUP but not a flag bearer for NUP. Therefore as NUP, our offices will be open on Friday 14th for those who want to run for party presidential flag bearer to pick nomination forms. And on 21 we shall be closing. Andrew Mwenda can come and pick forms if he wants but those that he took are not for party presidential flag bearer instead they are for MPs, youth leaders and councillors,” he said.

Last week, Mwenda shocked many people, when he joined NUP before declaring his interest to stand against Bobi Wine for the party presidential flag bearer.

“Although some radicals tried to threaten me, some young ladies held their ground and told them off that I am a citizen of Uganda and am welcome to join NUP. I was impressed. So now I formally declare my intention to seek both the presidency of NUP and to be the party presidential candidate in the next elections. I will bring civility, strategy, policy awareness, political depth, military and security knowledge and connections, regional and international experience, a large network of contacts across the country, region and globe, and the best fundraising skills the opposition in Uganda desperately need,” said Mwenda.

He added, “The party has anointed a president, Bobi Wine – the very sin it claims to be fighting in NRM. There should be a delegates conference to elect a party leader and I will contest. Second, I noticed that many assume Bobi Wine is the sole presidential candidate by anointment. That also must be rejected. So I am calling for a debate between me and Bobi Wine on the future of NUP and the strategy to defeat Museveni! I call upon all party members to rally behind this call for internal democracy in NUP.”

Meanwhile, NUP leader Bobi Wine has assured members that the party will welcome whoever is willing to contest and promised the party supporters that he will be picking his nomination form for the party presidential flag bearers on Friday.