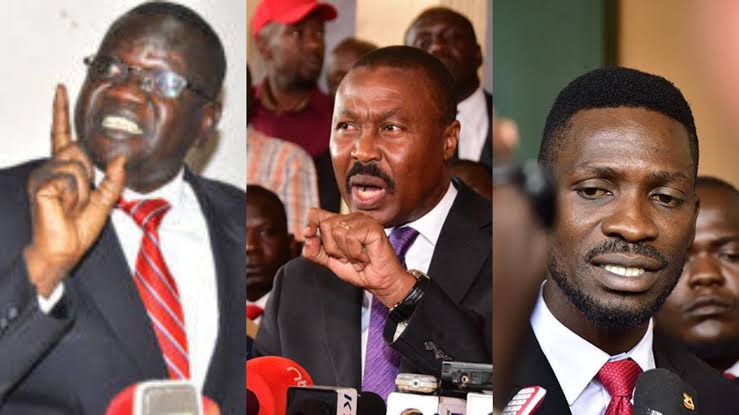 FDC seems to have fallen apart following the problematic party primaries for electing flag bearers for the four MP slots within the new City on Saturday 1st August.

There was however, gross irregularities in the electoral process according to some aggrieved delegates and candidates in all the Constituencies save for Jinja North where Mr Ntange went unopposed.

For the City Woman MP flag, District Party Chairman Abubaker Maganda was accused of teaming up with Dr Batuwa to buy off voters in favor of his wife Ms Nabukwaasi at the deprivation of her other four contestants.

Batuwa was reported to have paid Shs200,000 and a smartphone to each delegate which swayed the vote in his favor at the last minute according to Kiirya Jovan – Kawanguzi’s Personal Assistant.

Batuwa however denied the accusations and insisted he had won through a free and fair process. He called upon his counterpart – Mr Kawanguzi to take some rest before deciding on what to talk in the prevailing circumstances.

” It’s not true. I won through a very transparent process but what my brother needs now is time. Let him take some rest before commenting on the outcome of the vote because I understand losing an election can be challenging. I am sure he will speak a different language after two three days.” He told our reporter on Sunday.

Kawanguzi has since threatened to quit the party in favor of Bobi Wine’s NUP although his Personal Assistant Kiirya Jovan said that joining Muntu’s ANT was still a possibility.

We have however reliably been informed that People Power leader Robert Kyagulanyi Ssentamu and ANT’s General Mugisha Muntu have both deployed  trustable envoys to Jinja to negotiate with Kawanguzi and team with an aim of recruiting the popular Kizza Besigye’s efficient mobiliser into their ranks.

The two will however be praying that FDC President Patrick Amuriat’s efforts to appease the popular member of Besigye’s People’s Government doesn’t come to fruition.

A day after the contentious vote, it was established that Najjanankumbi convened a midnight crisis meeting on Zoom to arrest the situation after it was reported that the group was likely to interface with Bobi Wine on their defection.

In a strongly worded Whatsapp message sent by POA in “team Kawanguzi’s” WhatsApp group, he revealed that a crisis meeting had been held on Zoom to map out strategies of resolving the impasse.

He also revealed that a three man envoy was to be dispatched to visit Jinja within the next 24 hours should there be any petition challenging the outcome of the fraudulent election.

Below is POA’s message to the irrete Kawanguzi fans on Sunday morning:

Good morning PK and all of you Members. You still have a party to rely on. An election matter can be very emotional and I can understand the sentiments expressed here since yesterday.
Given several challenges the party faced from nearly 3 years ago FDC leadership chose to talk to individual players in Jinjja in bid to keep everyone within the fold without necessarily invoking radical measures, which path was available. The choice of this approach was in our view in the best interest of the party which at the time was faced with an eminent breakaway by the Muntu group.
Election matters can never be made to wait and therefore arising from our late night zoom meeting management decided to take keen interest in what has happened in the Jinja election by setting a visitation committee of 3 which will come to Jinja within 24 hours of any petition. I hope this approach settles the outstanding matters once and for all. I agree with Eric that the final decision lie with PK and not the committee of 5.