by Mubiru Ivan
in News, Politics
22 0 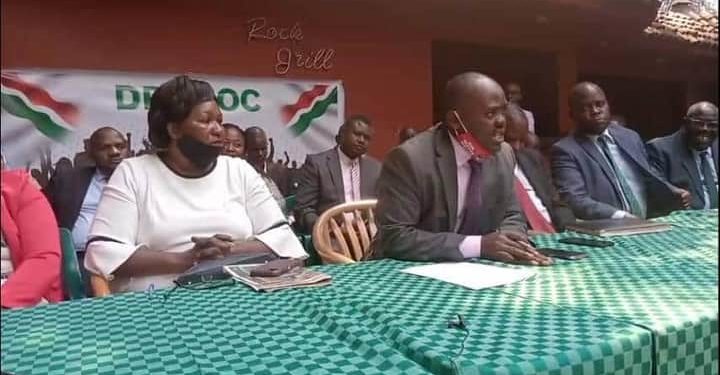 The Bloc made the revelation on Friday during a press conference in Kampala.

For a long time now, DP has been embroiled in internal wrangles with some members opposed to Norbert Mao’s leadership, who has been at the helm of Uganda’s oldest political party for 10 years.

Nambooze, a powerful opposition voice and President Museveni critic, noted that she considering a future out of DP, saying, she is persecuted in the party together with her supporters.

The legislator who has turned Mukono municipality green during her tenure as chairman of the DP Mukono branch, was upset that the party’s top executives, have chosen to take the path of evicting them from the party using a rival group, led by Mukono municipality mayor, George Kagimu.

On Thursday, a poster of Nambooze with NUP symbols appeared on social media. Some reports stated that she had joined Robert Kyagulanyi’s NUP.

However Nambooze, in a note to reassure her supporters, said she has not yet quit DP because she is a life member of the party. She explained that however, the embarrassment she has endured under Norbert Mao’s leadership leaves them with no option but look for a political vehicle to pursue their political objectives.