by Mubiru Ivan
in National, News
37 2

Allan Senyonga: Why the fuss of honouring a man of God?

Known for his bizarre claims and prophecies, self-styled Prophet Elvis Mbonye has again put the nation on red notice after revealing that he will be announcing something big on Wednesday (tomorrow).

“Mark the day and time !!! Secret perspectives with Prophet Elvis Mbonye,” Mbonye said on his Facebook page on Tuesday adding that,”  The big announcement will be made via Facebook live.”

In April this year, Mbonye claimed that he confronted the devil head on in a physical fist fight in which he was (devil) left nursing wounds. Mbonye’s allegation left those opposed to his prophecies and controversial statements saying his claim sounds illogical and unreasonable. 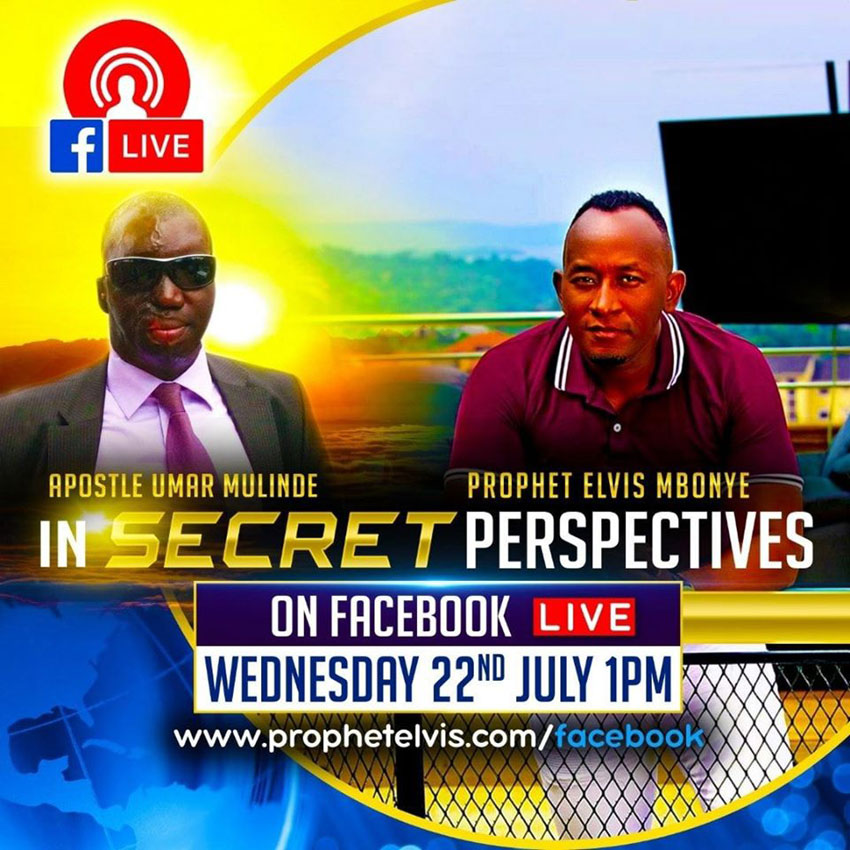 Prior Mbonye had been a subject of online debate after he claimed that God had told him about the Covid-19 crisis months earlier but he had chosen not to tell his followers nor warn the world about the pandemic before it started ravaging many countries on earth.

“When I got this prophecy about this [Covid19 pandemic] that we are facing, I thought to myself ‘won’t followers think that it’s a virus just like many others in China,” the Zoe Ministries lead pastor said in a video that went viral online.

The ‘prophet’ later decided to keep mum about the revelation reasoning that it wouldn’t minister to the remnants that follow him and that many people wouldn’t believe him in case he made the assertion known to the public.

Apaa resident petition Kadaga over security deployment in the area