by Mubiru Ivan
in Business, News
25 2 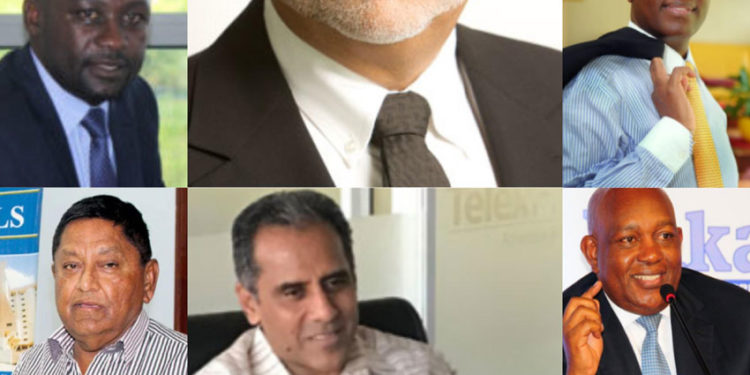 Last year, Uganda was recognized as one of the top entrepreneurial countries in the world, only frustrated by one of the highest rates of business mortality.

However, Ugandan entrepreneurs are fortunate to have examples of entrepreneurial endurance and success to emulate.

Here are the top ten most successful entrepreneurs in Uganda;

Sudhir Ruparelia is famed for rising his fortune from $25,000 which he saved from his hustle in United Kingdom before he returned to Uganda in mid 1980s as a beverages merchant and later as foreign currency dealer. Today, his portfolio goes across sectors including real estate, hospitality, agriculture, media, education, insurance, and finance.

Until his death recently, the founder of Mukwano Industries, Alykhan Kharmali has been among the richest Ugandans for several decades. He is one of the business architects of Uganda’s resurgence in 1990s with his popular household flagship. Mukwano family has interests in banking, manufacturing, agriculture and real estate.

Charles Mbire has worked up his way on top on the rich list. He is well known for his interest in MTN Uganda, as well as investments in cement manufacturing, transportation, agribusiness, pharmaceuticals, telecommunications, real estate, energy, and finance.

Lalani is the man made of steel, since he has grown Roofing Group into an east African giant.

He has investments spanning across the media together with the banking sector.

As the best part of his wealth is believed to have stemmed from his automotive business, Gordon Wavamunno is immensely linked with the ownership of Spear House together with Spear Motors -his automotive company.

Shukla is behind Shumuk Group of Companies -a successful company concerned with cooking utensils.

Bitature made his way up the ladder on the back of Simba Telecom, which was an early dealer for MTN and other telecom giants. Today, his interests span hospitality, energy, real estate among others.

OP-ED: Status in Africa is Overrated, Service Above Self Should Override Personal Egos

OP-ED: Status in Africa is Overrated, Service Above Self Should Override Personal Egos