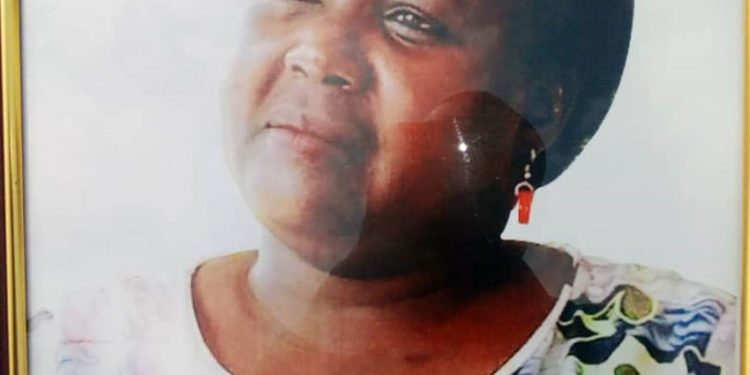 There was grief as Kamuli District received the news of the demise of it’s Assistant District Education Officer Sarah Kabedha Lubandi.

Sarah who died on Friday at Uganda Cancer Institute lost the battle to aplastic anemia – a condition that eats the bone marrow and affects the body’s ability to manufacture its own blood.

According to Dr Charles Ngobi Lubandi – a brother to the deceased, Sarah started getting health complications early last year with constant abdominal pains which they had mistakenly believed to be ulcers.

Later the same year, she collapsed at the place of work and it was later established that she lacked enough blood in her body. This prompted her to seek specialised medical attention in Entebbe where it was discovered that her bone marrow had been eaten up by cancer.

This meant that she needed an urgent bone marrow transplant which could only be done in India at a cost of approximately Shs200 million. Anticipating that the travel ban due to covid-19 would be lifted sooner, the family started mobilising for the resources to save the life of their loved one. Their hope was however frustrated by the prolonged lockdown which sentenced her to a daily blood transfusion to sustain life.

They had however ordered for a special treatment from USA which could have served as bone marrow to artificially manufacture the badly required blood in Sarah’s body. She unfortunately passed on before the drug could arrive from USA.

She was laid to rest at her ancestral home in Kiyunga, Kisozi Buzaya Kamuli district on Sunday 12.

Nabirye Meble Kirunda, a sister to the deceased described the late Sarah as a loving and friendly person whose contagious smile always lit up the lives of whoever lived in her presence.

She was born in 1981 in Kamuli town to late Wilson Lubandi and Nalukwago.

She attended Nsambya SS for A level before joining Makerere University from where she graduated with a bachelor’s degree in Education.

Before joining the district education service, Kabedha taught in a number of secondary and tertiary institutions both in Kamuli and outside. These include; Kamuli Progressive SS, Kyabazinga College School, Wanyange girls and Kampala University.

Sarah is survived by one child.