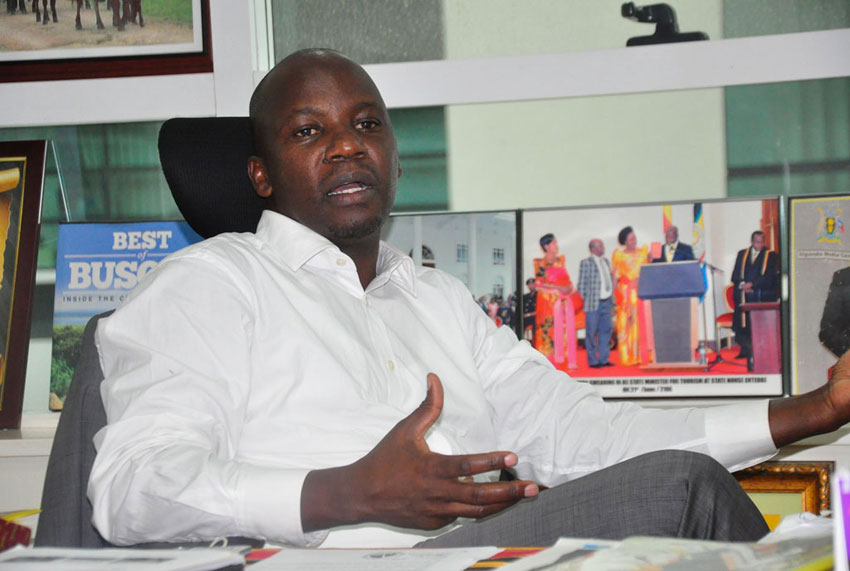 The State Minister for Tourism, Wildlife and Antiquities Godfrey Kiwanda Suubi has asked top leaders in the security organs of the country to deal with errant officers who have made it a tendency to abuse rights of Ugandans. He says the escalating cases of brutality on Ugandans by armed forces dents the credibility of the ruling party- National Resistance Movement government (NRM).

Kiwanda who was responding to the video clip which showed UPDF soldiers and Local Defense Units (LDUs) assaulting Mityana District Chairperson, Joseph Luzige during an operation to enforce night curfew orders in Mityana Town, said that there is silent hate that security operatives have instilled in local people due to their erroneous actions.

“This is not the first time the army and LDUs are involved in acts of brutality against the local people, I have received numerous complaints from residents reporting cases of brutality from security forces an action that has instigated fear in communities across the country. However, I see this has a conspiracy to destroy our party’s credibility and also that of the army,” the Minister said.

The Mityana incident comes two weeks after the UPDF soldiers allegedly killed a lay reader at Kogere archdeaconry in South Rwenzori Diocese in Kasese district. Benon Musimenta was shot dead while carrying his wife wife on a motorcycle to their garden in Karusandara sub-county.

However, the army spokesman Brig Richard Karemire said that the standard discipline of UPDF still exists despite the few cases who have turned out as undisciplined soldiers. He said all errant soldiers will not go unpunished.

“This is a people’s’ army which was formed on core values of commendable morals, and whoever deviates from the track will be punished according to the established laws. There are examples to prove that we punish those who misbehave. Our soldier in Kasese was sentenced to 35 years imprisonment and an LDU personnel was on Tuesday was sentenced to life imprisonment, all because of unprofessional conduct,” said Karemire adding that the army strongly condemns the acts meted out against senior civilian leaders or local people.