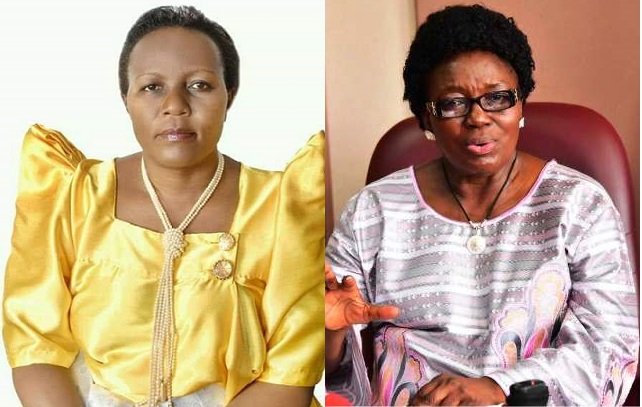 With the 2021 general elections just around the corner, a good number of politicians have already expressed their interest to contest in various elective positions in the Uganda.

Among them is Deborah Mwesigwa Mugerwa who is looking forward to become the next Kamuli District Woman Member of Parliament. Mwesigwa will face off with the current Speaker of Parliament Rebecca Alitwala Kadaga who has been the area legislator since 1989.

Mwesigwa, a former Uganda Revenue Authority (URA) official says the more than 30 years the speaker has been at the helm of Kamuli district are enough and that it’s high time she left the seat for other vibrant and dedicated politicians like her with new ideas to take over the mantle.

Born to the late Rev. Gastavas Kirigoola and Apofia Lubuga Kirigoola in Nawansaso village, Bugabula South, Kamuli district, Mwesigwa is the last born in a family of six children. She is married to Eng Gerald Majjera Mugerwa and she is the head of Catholic women in Lugazi Diocese.

She attended Kamuli Girls Primary School, MM College Wailaka for her Ordinary level. She later joined Migadde College in Kampala for her Advanced secondary level. Mwesigwa then joined Makerere University where she attained a bachelors degree in Adult and Community Education.

Mwesigwa also holds a post graduate diploma in Public Administration from Uganda Management Institute (UMI) as well as a bachelors degree in Management studies, still from the same institution.

She started her professional career from URA, the country’s tax body as a tax assessor.

“I’m one of the brains behind Value Added Tax (VAT) and i’m one of the people who pushed for its functionality  in the country,” Ms Mwesiga recalls.

In 2005, Mwesigwa joined URA Debt Collection Unit and during that time she was one of the authority’s employees who were well experienced when it came to debt collection strategies.

“While in the Debt Collection Unit, the authority introduced property tax, and here me and my former boss Robinah Lutaaya Lubwama were given the responsibility to ensure that it becomes operational, something which wasn’t easy since that form of tax was new in the country.”

“But I thank God that we managed to execute the duty very well.”

“By the time i joined the department, they were collecting only Shs40 million monthly but by the time I left, we were collecting over Shs150 billion each month. This was due to the proper coordination and teamwork I had with my colleagues, ” she boasts.

In 2011, Mwesigwa was promoted as the head of Large Taxpayers Office. By the time she left office, the authority was collecting Shs13 trillion annually which was far from the the Shs40 billion which was being collected before she joined the department.

In 2015, she resigned from URA in order to go back to Kamuli to serve her people.

Why I had to go back to Kamuli?

When she was still an employee of URA, Mwesigwa says she used to go back to Kamuli where she interacted with the area locals, They told her the problems they faced and as a tax collector, she was never left the same. She says from that moment she got the urge to find ways of helping her people.

“Poverty is rampant in Kamuli. Sometime I wonder whether the area has leaders. Does the district really receive money from government for its welfare? The residents are really suffering yet our leader is the head of the legislative Assembly. Its quite absurd,” she says.

” I discovered that there’s a big gap between the people of Kamuli and their leaders. What I know is that Kamuli receives its share but the funds are shared by a few people in power thus leaving the locals impoverishing. Girls are dropping out of school due to teenage pregnancies since they are the order of the day. Unfortunately, nothing is being done to help them which forces most of them into early marriages. In 2018 alone, Kamuli registered 7,000 cases of teenage pregnancies.”

Due to the challenges that young girls face in the district, Mwesigwa opted to start an NGO to deal with such problems. The organisation has so far given a helping hand in uplifting the girls in Namwendwa, Kitayonjwa and  Namasagali

When she becomes the area Woman MP, Mwesigwa promises to find locals market for their agricultural products both on local and international levels.

“Our people are good farmers and in order to fairly reap from their sweat, i will find market for their products. I will also ensure that every part of Kamuli gets electricity. Development is key on my agenda.”

“The state of healthcare in the district is also wanting. Hospitals in most parts of the district are in dire situation. Most politicians think about them during election period, I want this to stop because the people of Kamuli are like other Ugandans, they need good services all the time. I also promise to work with all the people in the district.”

Kenya: Raila Odinga ready to hold dialogue with Kenyatta as he calls for interim government