Dr Stella Nyanzi stings Besigye further, asks, who he has sex with 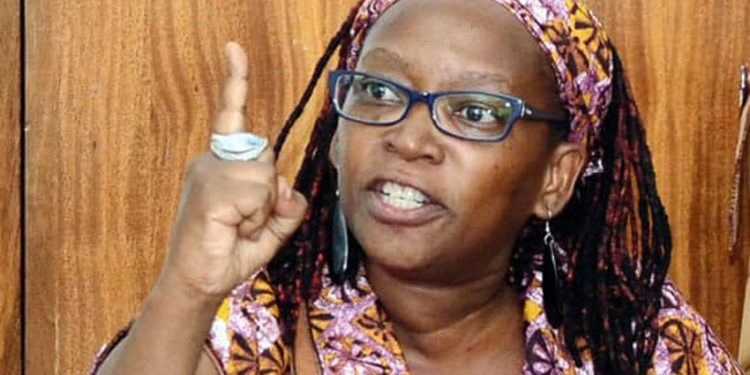 Former Makerere University researcher Dr Stella Nyanzi sexual innuendos landed her in jail when she addressed President Museveni’s family in such writings. She was cheered on by especially Museveni critics who said it was within her rights to say or write about public figures.

Now Stella has focused her guns on opposition kingpin Dr Kizza Besigye and his supporters, who she wants to the youthful presidential aspirant Robert Kyagulanyi. And she’s doing it in the way she best knows how, including asking Besigye if he “masturbates” because he doesn’t stay with any woman….
Read on:

FDC, STOP SEXUALISING MY POLITICS!
When I proposed unity of all forces opposed to dictator Museveni, many members of FDC tried to shame me by insulting my lover. They were deeply offended at my suggestion that Dr. Kizza Besigye become prime minister to Bobi Wine as president. They attacked my sex and sexuality.

Okay! Let’s talk about sex, sexualities, sexual relationships and sexual partners of our leaders in the two opposition camps pitted against me. We all know that Bobi Wine is married to his wife Barbie. He wears her tattoo on his heart. They have children, a home and business investments together. We assume that he is a monogamous man. We all know that Bobi loves Barbie and Barbie loves Bobi. Bobi’s sexual mores are transparent.

The truth is that perhaps, we do not know. The truth is also that, even if we know, it does not matter. It is the private life of these two adults. Whether Bobi Wine or Kizza Besigye are sexually moral, does not matter to us because they are adults. We take their politics seriously. Whether KB and Bobi fuck well or don’t fuck well, we don’t give a fuck because their sexual lives are their private affairs. We instead focus on their political potential as leaders of the opposition in Uganda.

I have never heard anyone in FDC dismissing the party leaders because of their sexual lives. Yet if anyone bothered to look inside the zippers of these individuals, there would be huge scandal – besides the length of their pubic hairs and the quantity of wrinkles on their balls. So why is my party attempting to use my sexual life to dismiss my suggestion of uniting the opposition?

In fact, if sexual purity is the basis of scoring high in the eyes of the FDC party, doesn’t this logic give Bobi Wine moral superiority over Dr Kizza Besigye? After all, according to FDC moral logic, Bobi is married to only one wife, but we are all unsure about who KB has sex with. We don’t even know if he has sex at all. Given this sexual ambiguity and moral opaqueness of KB, Bobi emerges the superior candidate to lead the united forces of change.