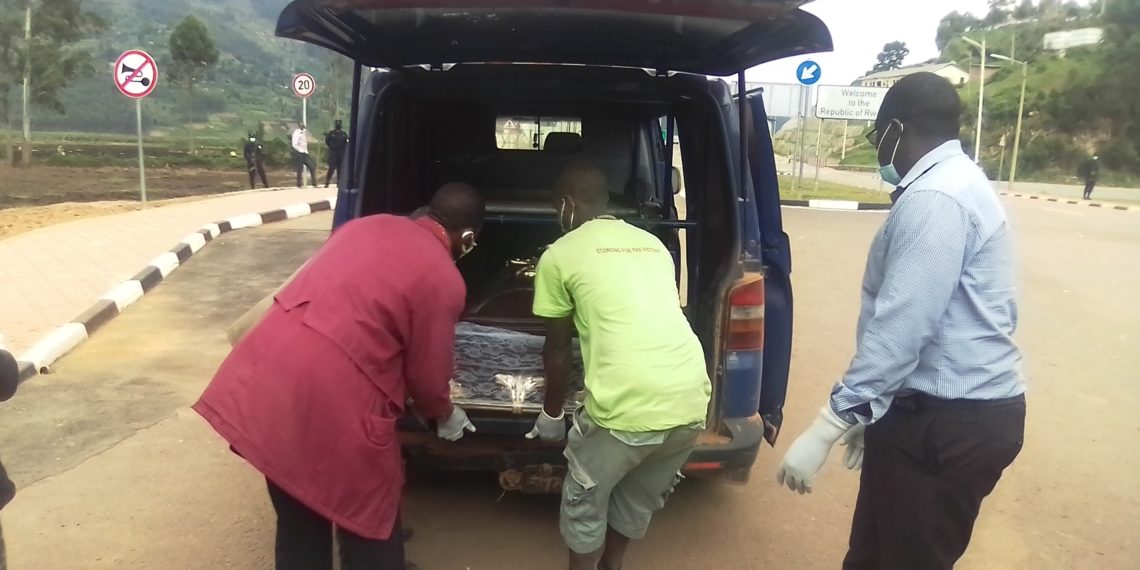 Sydney Muhereza, a Ugandan businessman was shot more than ten times by the Rwandan security officials before he died.

Muhereza, was gunned down on the night of 2nd June 2020 in Kamatengu village, Ruchonsho cell, Rwere sector, Burera District, about fifteen kilometers from the Uganda-Rwanda borderline. His body was handed over to Ugandan authorities on Monday at Katuna border post.

Muhereza had illegally crossed to Rwanda through a porous border while smuggling matchboxes.

Speaking during a funeral service of the late James Turyakira (Minister of planning David Bahati’s brother-in-law)  in Bukoora Kabale District on Thursday, the Kabale Resident District Commissioner Darius Nandinda revealed that Muhereza was shot multiple times before he breathed his last.

“Recently we received a body of a Ugandan who had been shot dead in Rwanda. He was shot more than ten times on his body,” Nandinda said.

“Rwandans lied to us that the deceased had spears and pangas that he was using to fight them. He was just doing business illegally and shot dead. That’s it,”Nandinda said.

According to the handover document that was received from the Rwandan authorities at Katuna border, signed by the superintendent of police Aphrodis Nkundineza and Uwanyirigira Marie Chantal who’s the Burera District Mayor, Rwanda accused the deceased of fighting security using traditional weapons when he was being arrested.

Muhereza is the fifth Ugandan businessman to be killed in Rwanda for allegedly smuggling goods into the same country since February last year. Rwanda closed its Katuna border with Uganda and banned its nationals from entering Uganda.