Bery Glaser’s victims (part2): One of Bery’s accusers spills more beans, ‘He should have died after the court ruling’ 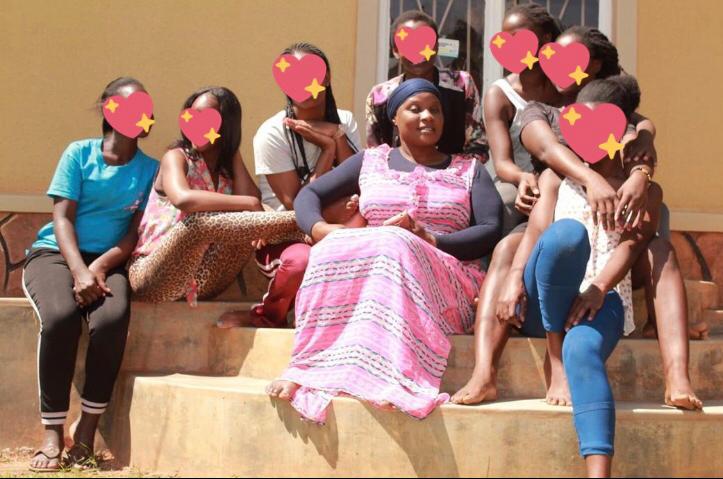 Summary: The Bery Glaser died before he stood trial for a number of crimes on this court file including child sexual molestation, human trafficking among others. His death has divided the island community of Kalangala, with one group sanitizing his pedophile tendencies and pornographic ventures while demonizing his victims.

Below is a narration of one of the girls who were Bery’s preys. She regrets Bery died before standing trial in a court of law. However, she is visibly left with deep wounds which will take a lot time to heal.

I am overwhelmingly scared and hurt by the fact that Bery is no more (REST IN PEACE TO HIS SOUL)! The state I am in at the moment is unexplainable, I am totally confused. Yes, this man wronged me but I didn’t wish him death for he had done good as well. I simply wanted him to face the law, agree to whatever he did, apologize to the hurt, serve a deserving punishment and begin a new life later on.

Just like everyone on his side feels, I feel no different and I am equally or even more hurt. I lived with Bery for eight years (2010-2018)and he was at a certain point a father and a friend before things went out of hand. But even so, I am carrying a cross, people are too furious, blaming my colleagues and I for his death, throwing all kinds of threats and curses on us!

*WE KILLED HIM*
According these people lamenting, they’re saying that we will die too and our bodies will never be discovered! This too is tormenting to us, we don’t know what is really going to happen. I don’t know if we have anyway to prove how true we have been and what really happened to us before. He died before we were justified and we stayed the ‘Liars’. We haven’t had a chance to prove to the world our true story because now there is one story that we flamed him and after killed him.

Every wrong Bery’s team did is blamed on us. We have always been ready to testify in court since day one, but we were always frustrated with the hide and seek games played in court. I for one have never missed a court session, to be real, I have been to that court eight(8) consecutive times, always ready! But they always said, “OUR CLIENT IS VERY SICK, HE CAN NEITHER STAND NOR SPEAK, OUR CLIENT DOESN’T UNDERSTAND ENGLISH, HE PREFERS FLEMISH, WE HAVE ENGAGEMENTS AT SUCH A TIME, WE SHAN’T BE ABLE TO ATTEND COURT ON THAT DAY, THE ACCUSERS’ LAWYERS ARE ALL WOMEN, IT IS NOT FAIR, THE JUDGE IS A WOMAN AND IS BIASED WE NEED TO CHANGE THE JUDGE, WE WANT TO SHIFT THE COURT HEARING TO KAMPALA FROM MASAKA ,……. their games were endless and it always tore me up, and surprisingly whatever they always asked, it was granted to them, they never considered us, we always missed school to attend court, most of us were in promotion classes and we ended up performing poorly due to the trauma and endless journeys to court resulting into missing out on exams!

We were the victims and all the favour was on their side, so here comes a question, (If they really cared for their client), why couldn’t they let court proceed for him to prove his innocence and thus finds justice? If they knew he was that sick ‘because they were the ones with him all the time’) why couldn’t they let him take plea and proceed with their bail applications? Where were they to see him die in such a lonely, and abandoned way??! Where were they, they are putting everything to us saying that we denied him bail to go for medical attention, were we the judges! For God’s sake, the battle was between him and the state, not us. We were just witnesses who had nothing else to do but just testify!

Our lives now are in danger, in order to cope with this, we need maximum protection than ever, due to the fact that we have been witnesses to the state. We don’t know how the rest of our future stands, most of us are still in schools, in a place that is full of enemies to us, people who want to see us dead! We need a way to let the truth be told in its correct way, not just cooked up stories of blame games, this is our life! We were looking forward to letting the world know about the true side of it in court, now that the accused is no more, how are we really going to achieve this??! The dark image still stands on us.

But amidst the struggle, there are people that have always been our pillars.
I very much thank the office of the DPP, madam Rachael and Madam Aisha, thank you kindly for always standing for us, you have not deserted us and you have encouraged us to hold on even when we couldn’t you have always believed and trusted us we I can’t thank you enough for your generosity.

No white saviors, since the very beginning, you have held our hands through, You made efforts to secure a safe place for us to heal, made sure we ate and continued to have a life, we are humbly appreciative for your kindness and love to us.

Willow international! You have sincerely stood with us, always encouraged us to stand still, embraced our young sisters that are with you and having a good life, always made sure we are safe in every way possible, always transported us to the court and back, accommodated us and always took care of us, you have fought with and for us through it all, bless you so much for everything.

PINA UGANDA! I can’t find the right way to thank you, if it were not you, (Madam Asia) we surely have had no way to go through it, you first took us for your own, loved us unconditionally, gave in your all to ensure our rescue and safety, even through the hardships, you have not deserted us, the mother in you for us is immeasurable, we feel complete with you even if the people that should have been on our side desert us as they are right now. People called us good for nothing losers, Liars, ….. But you saw something different and proved them wrong, you took away our insecurities, built our self-esteem and here we are! I can’t say it all but all in all, thank you very much for standing with us.

Uganda police, we are thankful for the efforts, thank you for taking action and thank for responding so quickly when we approached you. We can’t thank you you enough.

I can’t just thank all of you enough, we have really indeed found a true friend to lean on. Thank you and thank you very much, only God can find the best reward for your kind hearts.

Though I feel everything hasn’t ended in a very positive way I expected, I personally and with my sisters as well are ready to keep still we shan’t be broken, I feel this is not the way to end, we still need to let the world know in anyway possible the true part of the story, all the accusations against us must be cleared! We need to fight to clear our future because after all this, our way to the future has gotten barriers, it is not safe at all, starting with our education that may be greatly affected, life will not stay the same, even after school, what will we do?! With such an image people are painting on us, where will we work? All this is running and rumbling into my head and worst of it all, we are girls that are growing into women, what kind of life will we have?! I have lots of questions that have no answers! we need a Permanent shelter for our own for we have very young children with us that don’t understand anything going on and we need to raise them in a perfect way possible. Thus, my humble request is that we please still need your support to tell our true stories and to cope with the trauma and to also secure our shaken future, we don’t know what tomorrow holds for us.