The leader of the Catholic faith has called upon the world to dedicate Thursday, May 14 as a day for prayer, fasting and charity.

The letter from the Vatican says, the objective of observing this day is seek God’s intervention in stopping the Corona Virus pandemic which has ravaged the world. 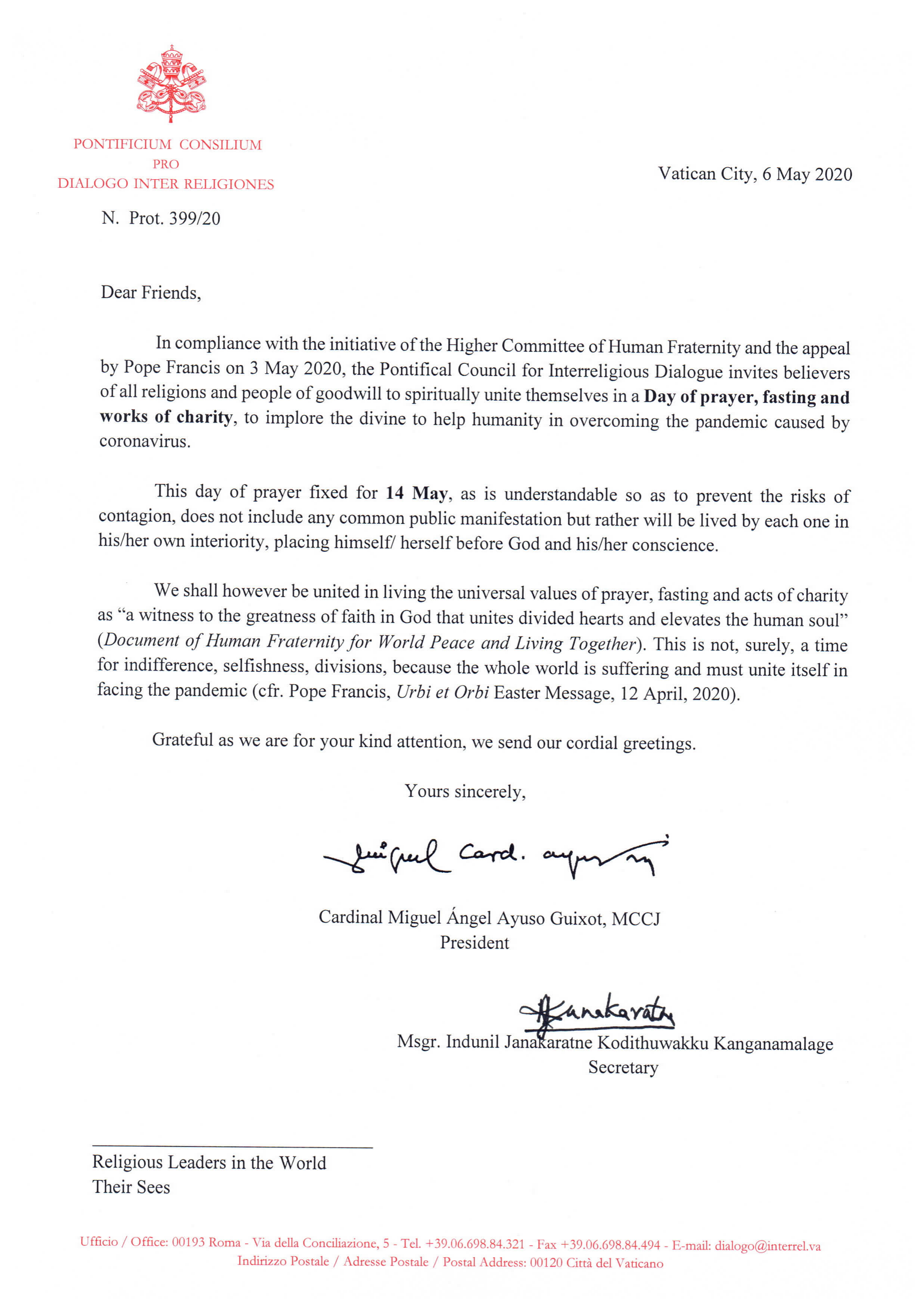 “This day of prayer fixed for May 14, as is understandable so as to prevent the risks of contagion, does not include any common public manifestation but rather will be lived by each one in his/her own interiority, placing himself/herself before God and his/her conscience.

The instrument signed by Cardinal Miguel Angel Ayuso Guixot, president of the Pontifical Counsel for Interreligious Dialogue, does not address only Catholics but all believers in God.

Since the start of the pandemic, churches and public prayers were some of the casualties, with all prayer centres remaining closed throughout the world.

Martha Kay is mine! Singers A Pass, Ykee Benda fight for socialite’s love

TENNYSON WILLIAMS: Covid-19 pandemic and the case for a global wildlife trade ban

TENNYSON WILLIAMS: Covid-19 pandemic and the case for a global wildlife trade ban