by Stephen Kalema
in News
12 1 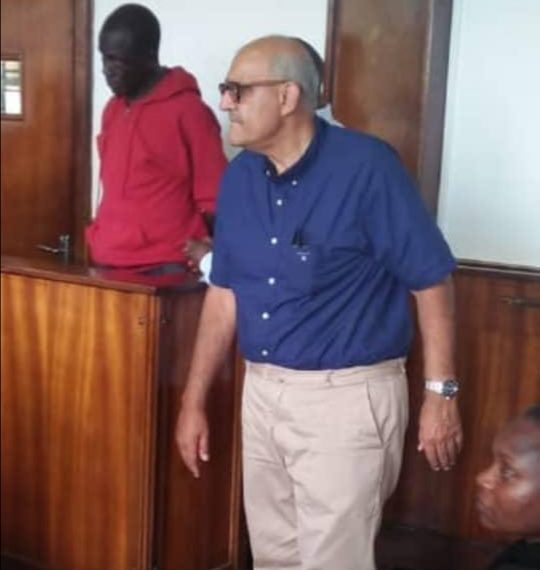 Acaa told the court that the five suspects are charged with conspiracy to defeat the course of justice which is against section 103(a) of the penal code Act Cap120.

According to the prosecution D/SP Osteen Wilber Wanyama, D/ASP Peter Baitera Muhanuza, ASP Daniel Robert Ogellan and D/SGT Wilson Azale being police officers operating within areas between Mityana Regional Police Office and Ntinda in the Kampala District, on April 8, 2020, conspired with Abid Alam Mahmud to defeat the course of justice by unlawfully releasing confidential information in police File Case reference No. Kassanda CRB 234/ 2020 to Alam yet he was a suspect.

Acaa remanded them to prison until May 8 when they will return to court for further mention of the case.

The whole story of the case comes from the cruelty which was expressed by a group of people which is alleged were hired by Alam.

Sources allege that Alam’s gang is accused that before destroying banana plantations, they first raped the woman, robbed property and battered residents of Bukoba and Bukompe villages.