by Andrew Baba Buluba
in News
11 1 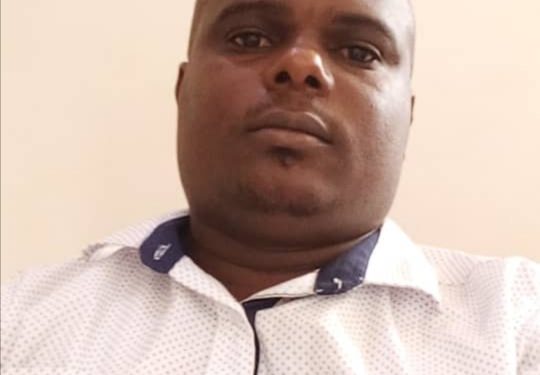 COVID-19 is a highly dreaded disease with many people never wishing to even come close to a relative or someone suspected of having the disease. We have heard of many with symptoms going into hiding due to fear of being stigmatised for being with the deadly pandemic.

For Dr. Isa Lukwago, it’s the reverse. He runs to where people are running away from when someone is suspected of showing symptoms the disease.

Dr Lukwago, in his early 30s, leads medical workers from the Wakiso COVID19 emergency response team. Their role entails reacting to alarms from communities whenever there are fears that a certain person might be living with the contagious disease in a community.

In this particular case, they had responded to a call from the ghettos of Ntuyanye zone in Kyebando, Nansana Municipality, after residents suspected a one Sebuguzi Francis of having the disease.

The group of four medics headed by Dr Lukwago arrived at the scene about two hours after the first call had been made. They were all fully covered from head to toe, to the point that one would have mistaken them for astronauts headed for the journey to the Moon.

After sanitizing, they went straight into the room where the suspect laid almost motionless. Asking a few questions from the dead silent patient.

When they starts tests, Lukwago gets a medical equipment which he places at the motionless Sebuguzi and notes down something.

He then goes back to where the vehicle in which they had come, and signals one of the members who had remained in the vehicle as if to do something which was anyway expected from him. With first aid tool box, the other member opens it and picks a few items which I later learnt were to be used to get blood samples from Sebuguzi.

“I think it’s typhoid.”
He declares before continuing to explain that they had all the reasons to think that the patient was suffering from a different disease other than COVID19, but his audience were not ready to listen to this observation. All they needed is to have him taken for institutional quarantine.

It’s during this period that our reporters got a rare opportunity to interact with the selfless medic.

The visibly overworked medic says never in his entire life has he been challenged as he is now. His days are a nightmare, spending over 18 hours a day on exhaustive routine duties and spending sleepless nights as faces up with terrified faces in his day’s work.

He has often broken down by the helplessness of some patients getting separated from their loved ones to be taken to places where they are destined to spend weeks or even months with none of their immediate relations by their sides.

“Unlike other diseases, patients with with Coronavirus are not allowed to be accompanied by caretakers. They will spend the entire period of admission all by themselves. No calls and no updates to and from family as the medics are busy working around the clock saving lives, ” He narrates.

Lukwago says that looking into the pleading faces of the victims and those of their helpless loved ones as they whisk them away to safety usually breaks him down.

Ever since he started this work some three weeks ago, Lukwago and his team have never been to their homes to see their loved ones too. All they do is to get some time and interact with them on phone. He however, adds that even on phone, there is always hardly any time for it due to their uncertain schedules where they are expected to be available 24/7.

“I miss my little children since I haven’t been able to see them for over two weeks. But I am always willing to offer myself as long as it’s about saving a life. It’s all I committed myself to do, so no worries,” says Lukwago with a sense of satisfaction.

Lukwago however decries government’s ineffectiveness in sensitising the public on the disease which has often resulted into community resistance where some people have evaded seeking medical attention for wrongly believing that whoever gets the disease dies.

According to Lukwago, inadequate sensitisation has bred a lot of stigma where some communities have threatened to attack people suspected of having the disease as though they were attacking thieves. This, he says, is attributed to lack of positive information on Coronavirus.

“Having Coronavirus is not the end of life as long as one is attended to immediately. The problem only comes when you don’t get attended to early enough and it comes to a point when you will need to be on the breath support machines in the ICU,” he says.

Inspite of his knowledge about the risk to his life due to his work, all he seems bothered about is the lives of others. For this selfless young man, all that matters to him is when he can do his best to help curb the spread of this deadly scourge while emphasising that even if there are some sacrifices to make on the road to the country’s total cleansing, it would rather be the medics like himself than the public.

“Of course there are some sacrifices to make always but who should it if not us who have some medical knowledge?” He rhetorically asks before adding that the safety of others is always the first priority of any medical personel.

He tipped the vountry on being vigilant and observing all the preventative measures put in place by the Government as the only way of curtailing the spread of the highly contagious Coronavirus.