Rwanda’s health ministry on Sunday reported 10 new confirmed cases of COVID-19, bringing the total in the central African country to 70.

Of the ten new patients, six are travelers from Dubai, the United Arab Emirates, two from South Africa, one from Nigeria, and another has frequent travel history within the East African region, said the ministry in a statement.

All patients are being treated in an isolated health facility and are in stable condition, said the ministry, adding that the majority are asymptomatic.

Rwanda announced on Saturday that commemoration of the 26th anniversary of the 1994 genocide against the Tutsi, due to start on April 7, will take place but with limited events due to the novel coronavirus outbreak.

Rising numbers among those in isolation, experts say, indicates that the tracking and tracing efforts have been productive and reduce the chances of community transmission of the ailment.

The ministry called for heightened vigilance among Rwandans, and rigorous observance of the enhanced prevention measures announced by the government of Rwanda. 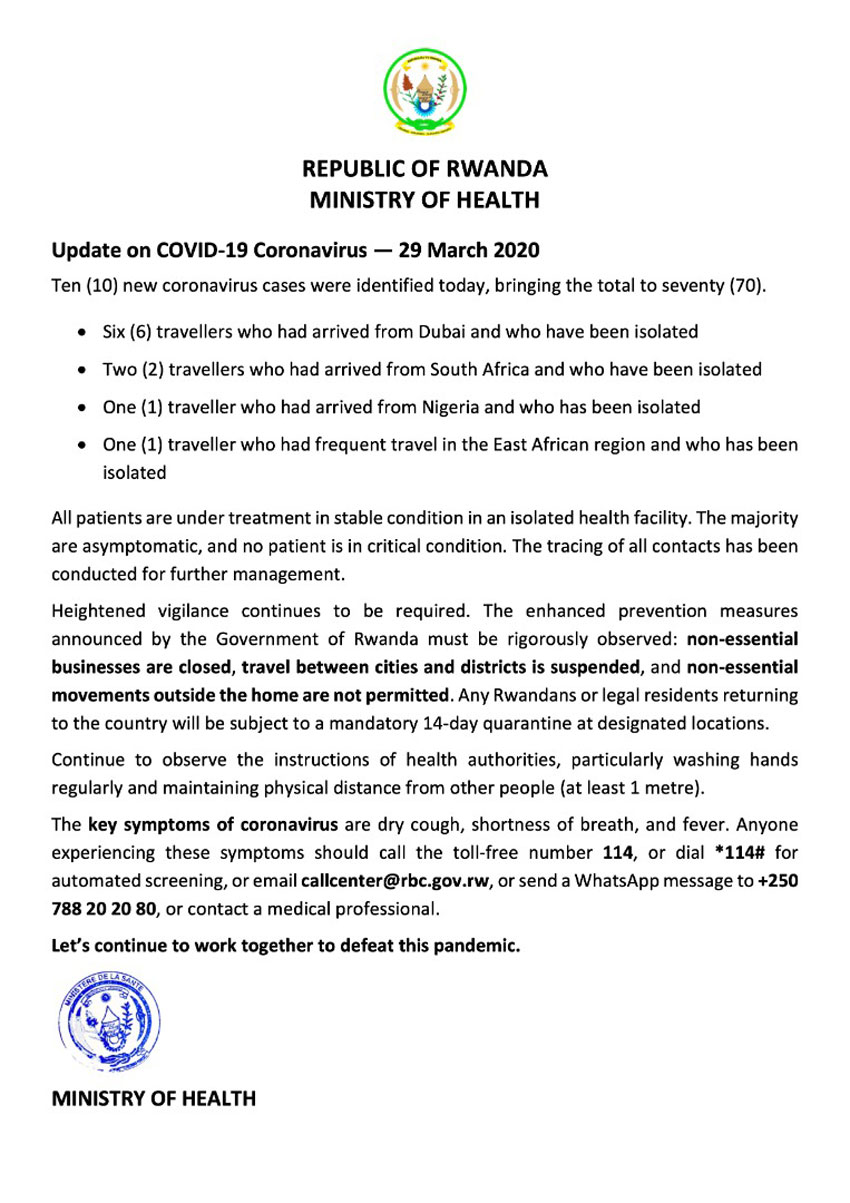