by Mike Ssegawa
in National, News
13 0

Gambians living in Uganda on Tuesday gathered at The Duomo hotel in Bugolobi to celebrate their country’s 55th Independence Day. Several diplomats and local dignitaries turned up at the Tuesday evening event where also the new consul general was introduced.

Mr Lee Sung, the host of the night, had earlier submitted his credentials as Consul General for The Gambia at Uganda’s ministry of foreign affairs. He is a Korean businessman who came in Uganda back in 2007 and has built his businesses around hospitality, wood and timber, and solar energy.

Several Gambians attended the night. The consul in his speech said there are over 90 Gambians registered with his office, about 50 of them are students.

“Since its opening, the Consulate has been able to mobilise Gambians living in Uganda and have meetings every other month. To date 90 Gambians are registered with the Consulate,” said the consul, adding that, “We have assisted a number of Gambians in Uganda to engage in trade  with our sisters and brothers here in Uganda, encouraged them to come for tourism and experience the country’s beautiful nature and as well as invest in the country.”

The Gambia, a tiny Western African country sorounded by Senegal and touching the Atlantic Ocean, is famous for beautiful beaches and the film series, The Roots, which narrates how slaves were harvested in Africa and shipped to Americas.

Mr Lee said the Consulate will continue to act as a bridge for friendship between Uganda and the Gambia, to promote the exchanges and cooperation between the two nations in all fields, and to provide consular services.

He said, the Consulate has started issuing visas to Gambia from January, this year.

“I would like to request you share this information with your friends and let’s work together to organise business visits to Gambia to tap the business opportunities it offers.” He said.

Chief guest on the independence celebrations and minister of state in charge of International Affairs, Mr Henry Okello Oryem, saluted Gambia’s President Adama Barrow for appointing the Korean entrepreneur, Mr Lee, as consul in Uganda, and promised better relations among the two countries.

Mr Lee is a progressive businessman who has mixed social entrepreneurship into his business strategy, where he supports local communities to grow out of poverty.

He owns companies such as The Duomo Hotel, The Nile House, a timber and furniture business as well as a solar lights franchise.

The mayor of Nakawa, Nsubuga Balimwezo said Mr Lee has been instrumental in transforming the skyline of Nakawa with the construction of The Dome Hotel on Kireka road in Mutungo. The Gambia consul also sponsors youth in his area in school, skilling them as well as sponsoring sports events which engage youth of the division. 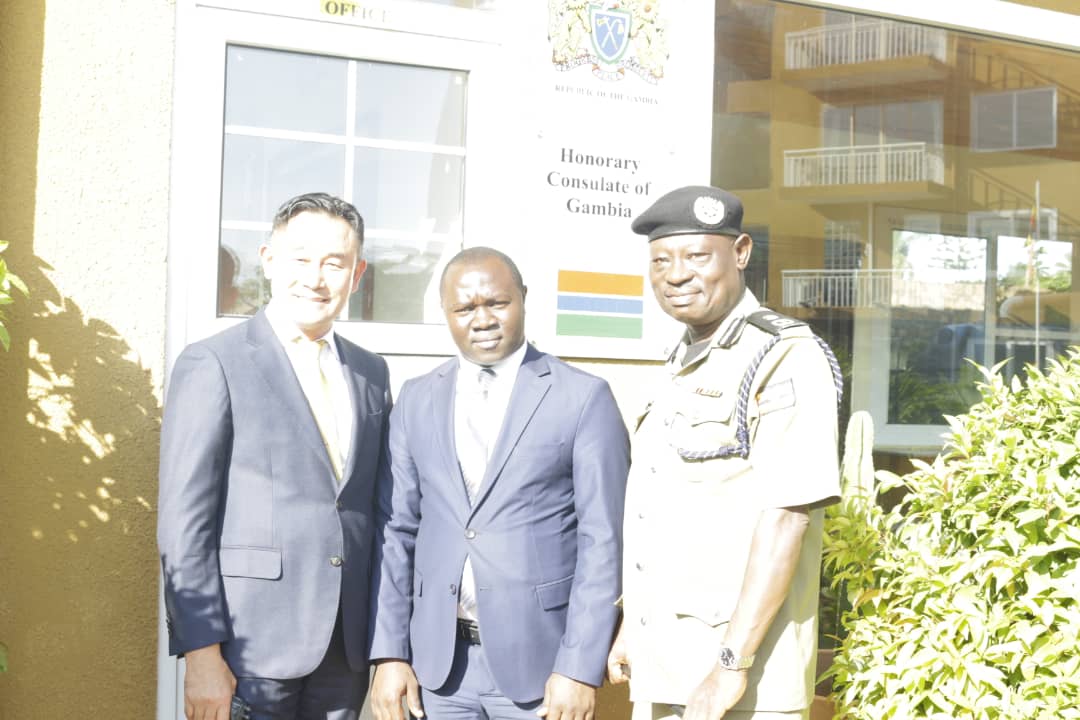