by Stephen Kalema
in National, News
7 1 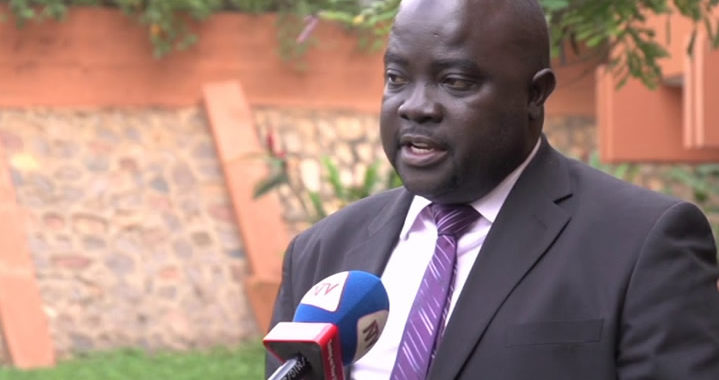 The acting Chief Registrar Tom Chemutai has advised Police not to intervene with the work of magistrates over the decisions made in court.

This follows an article published by one of the local dailies Tuesday, February 11, 2020 titled: “Magistrate summoned over controversial land eviction order.”

The newspaper article refers to a Police investigation relating to an alleged illegal eviction and malicious damage to property arising from Civil Suit No. 07/2015 in the Hoima Chief Magistrates’ Court.

The Police recently also summoned a Magistrate in the matter to record a statement in relation to the investigations of the same matter. However, in the statement released on Wednesday by Solomon Muyita, Judiciary’s Principal Communications Officer, Chemutai, has advised the Director Criminal Investigations that it is irregular for the Police to summon a Magistrate over a court decision.

“The Police cannot summon Judicial Officers to explain how they handle court cases, the Police can only seek clarification from Court about a decision made in any matter. Article 128(1) of the Constitution of Uganda provides that in the exercise of judicial power the Courts shall be independent and shall not be subject to the control or direction of any person or authority,” he said.

He added that Clause (4) of the Article also provides that “a person exercising Judicial power shall not be liable to any action or suit for any act or omission by that person in the exercise of judicial power.

Chemutai has, however, advised that anyone dissatisfied with a court decision can appeal to a higher court. “Court users with complaints against the conduct of any Judicial Officer can petition the Inspectorate of Courts, the Chief Registrar, or Judicial Service Commission for proper investigations to be conducted and appropriate action taken,” he said.

Arrest him on sight! Court wants Gen Kyaligonza behind bars