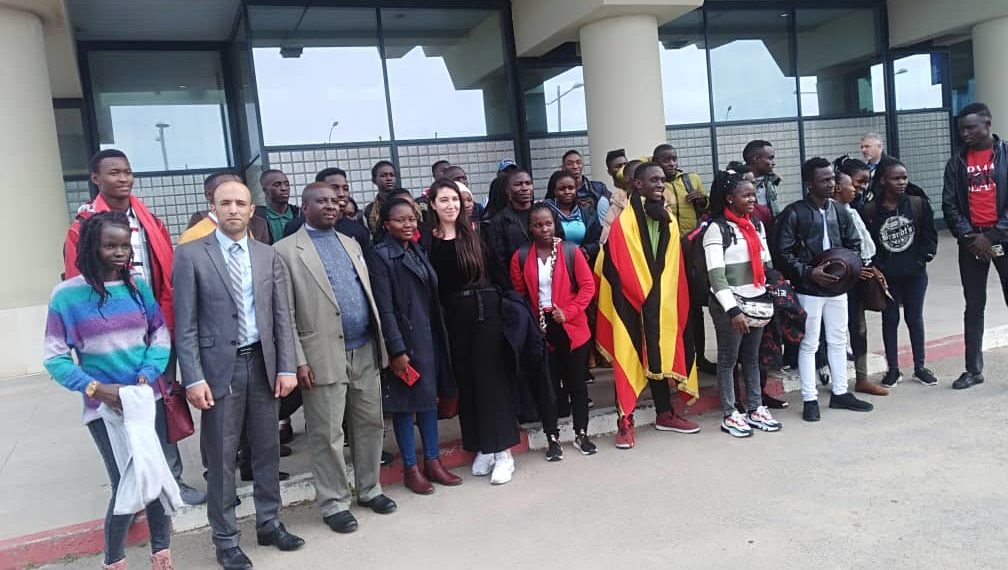 The Uganda Mission in Algiers received the 3rd Batch of the students on Algerian Scholarships. This is part of the 101 students admitted this year to study various science based programmes

How corrupt diplomats have crippled work at Ugandan embassy in Algeria

A group of students from Uganda has arrived in Algeria’s capital, Algiers to pursue studies in different disciplines.

“The mission in Algiers received the third Batch of the students on Algerian Scholarships. This is part of the 101 students admitted this year to study various science based programmes,” said a message from the Ugandan Embassy in Algiers headed by Ambassador Alintuma Nsambu.

Ambassador Nsambu said he was grateful to the Algerian government for granting Uganda more scholarships especially in the areas of oil and gas, as well as Pharmacy, Medicine and ICT.

More than 400 students are already studying in different universities of Algeria.

“As of now, the government of Algeria is generously offering more scholarships to Uganda more than any other country on bilateral agreement,” said Ambassador Nsambu.

One hundred scholarships are offered by the Algerian government to Uganda per year.

Ambassador Nsambu thanked his counterpart in Uganda, HE Farid Boulahbel, for his relentless efforts to lobby his government to opportunities for Uganda.

The annual scholarship programme is administered by the Ministry of Education and gives opportunities to both under graduate and graduate students.

In order for students to qualify for these scholarships, they must have sat their A level examinations the previous year. For example, those going next year, are the ones whose results are coming out in a couple of weeks.

A student must have obtained at least three principle passes. He added that female students are greatly encouraged to apply.

However Ambassador Nsambu decried the time given to prospective applicants to prepare their documents.

“The announcement for the scholarship offers are sporadically done in newspapers and if someone does not buy newspapers don’t get to know about them.” He added that students have complained that the deadline is too tight.

“I am calling upon the Ministry of Education to give Ugandan students especially from rural areas, enough sensitisation and awareness of these scholarship offers, as well as enough time, to prepare their applications and interviews,” the diplomat said.

Those interested in these scholarships should keep on newspaper adverts in the months of June, July and August.