Youth break into speaker’s office, pepper spray him to blindness 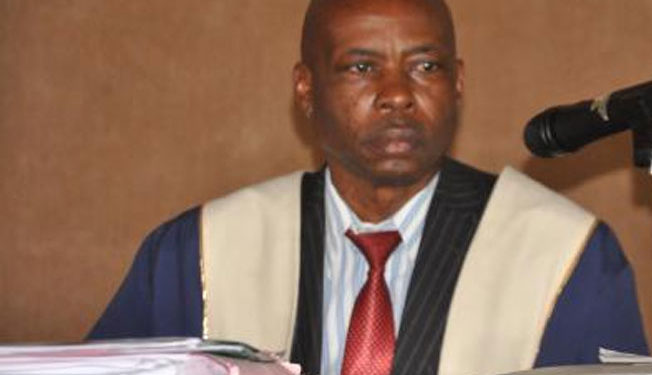 The Ntungamo District speaker has been hospitalised after being pepper sprayed by unknown assailants.

The two assailants allegedly forced their way into Atuhaire Elijah’s office at the district headquarters on Thursday, January 2020.

Atuhaire, witnesses say, had just entered office and had started preparations for a council meeting scheduled for 11 am.

“They swiftly opened the door of the office and started spraying pepper directly in my face and that’s how I lost my sight,” he said, adding that the attack was ‘political’.

The drama comes after allegations that councilors are planing to table a motion aimed at impeaching Singahache citing nepotism and corruption.

The Rweikiniro sub county councilor Mupenzi Ashel, condemned the act and blamed Singahache’s rivals because he anticipated the censure motion in the council on Thursday.

The councilor for Nyarutuuntu and Ntungamo sub counties Naboth Mpireirwe alleged that the move was planned by the district chairperson’s son-in-law Joga Bright.

When contacted his known telephone numbers were off at the time of press.

However, the DPC Ntungamo, Katwesiime Damian said two people from Rutunguru village, Karagama town council in Kajara County have been arrested for interrogation to ascertain their motive. He could not reveal the details.

2019 PLE results to be released today