by Mubiru Ivan
in News, Politics
12 0 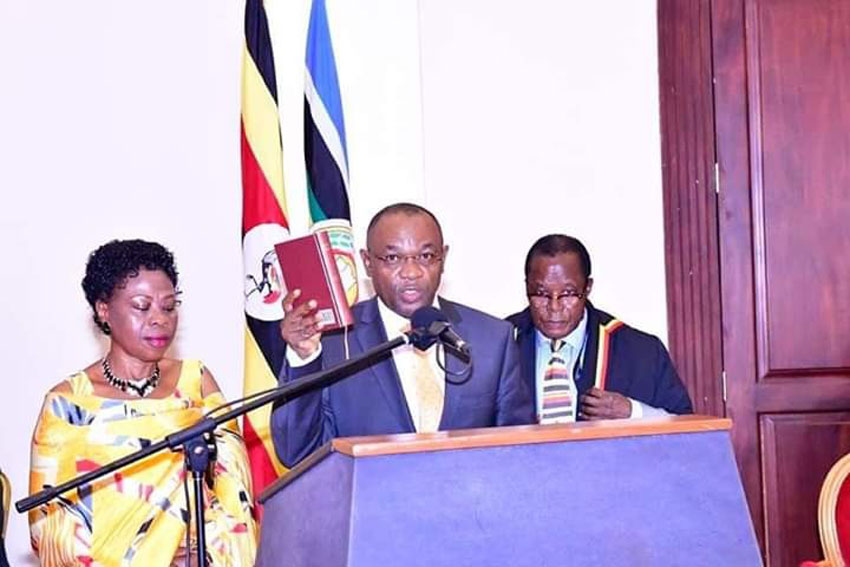 Rafael Magyezi swearing in as the new Minister for Local government

The President cautioned them against involvement in corruption. He also said the youthful appointees to Cabinet should learn from their older colleagues and serve the country diligently.

Last week, the Appointments Committee of Parliament vetted the nine new ministers nominated by the President during a Cabinet reshuffle in December 2019.

Parliament Speaker, Rebecca Kadaga, chaired the Committee on Appointments sitting on Friday 3 January 2020, the first meeting of any committee of the House or plenary in the new year.

Although the President made several changes in the reshuffle, it is only the persons new to the Cabinet that were required to appear before the House Committee as the others got their approval when they were first nominated.

Meanwhile, Jackson Kafuzi (Kyaka South) who was appointed Deputy Attorney General has not been able to swear-in since his appointment was temporarily halted by Parliament’s Appointments Committee pending proof of his record as a successful High Court advocate.

There was drama at Bugiri Eastern Division offices as council members assaulted their fellow Councillor who recorded them on phone...

Kampala, Uganda: MTN Uganda has today donated sanitary pads to women who are held up in mandatory Covid19 isolation centers...