by Mubiru Ivan
in Entertainment, Showbiz
69 4 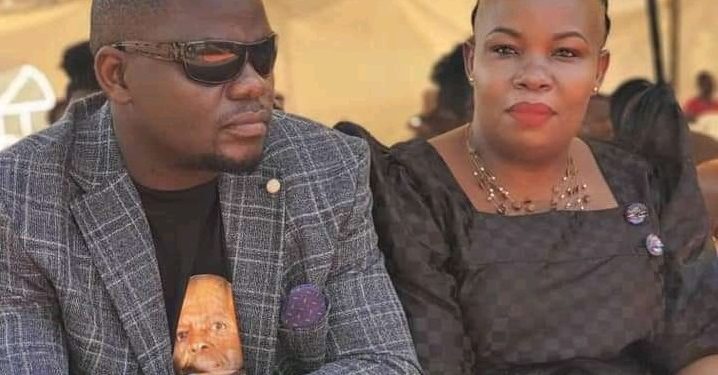 The leader of traditional healers in Uganda Sophia Namutebi famously known as Mama Fiina has hooked up a new lover.

Mama Fiina’s new man is called Prince Tebandeke Kimera who is based in Sweden.

The couple which has been dating for some months now,was seen together during the burial of Kimera’s father on Saturday.

A few months later, she announced that she had acquired British Citizenship to go and live with her husband, a British national of Ugandan origin.

In her announcement, Mama Fiina revealed that she would travel in 2018 with her daughter Nangobi Safiina, who she said had also acquired British Citizenship.

However, over a year down the road, the Traditional healer has not left the country for the UK yet. It is said that she was denied a visa to England by the British visa issuing agency in Pretoria, South Africa. The agency questioned her source of income.

Speaking to Spark TV during Catherine Kusasiira’s concert last year, Mama Fiina revealed that when she finally finds someone to settle with, she will keep that person out of the public eye.

“It is very bad to make your relationship public. When I finally settle with someone, I shall keep him out of the public eye. You will not even hear about the details of the ceremonies. I will keep my relationship private. A man who is seen on the camera is bad,” she said.

LIST: Here are the 13 men who have allegedly ‘slept’ with Mama Fiina

LIST: Here are the 13 men who have allegedly 'slept' with Mama Fiina