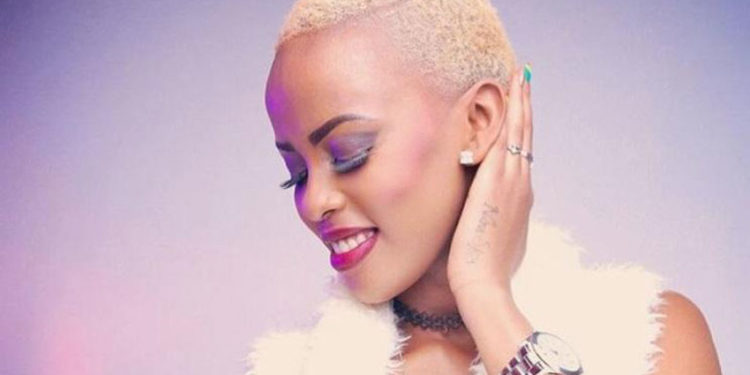 Ever since singer Julian Kanyomozi surprised social media with a baby after spending nine months without anyone noticing that she was pregnant, now critics don’t want to be caught by off guard ever again.

Social media in-laws currently spend a lot of time digging deep to find out if there is any celebrity who is hiding some thing, and in their research, they found out that the belly of singer Nina Roz was growing so big, and she has not been making many appearances on the screens like she used to.

This is when pregnancy rumours sparked off, it was said that Nina was expecting a baby and it could be for either singer Beenie Gunter or Video Producer Dante Kazibwe.

However, during an interview with NBS TV’s uncut show on Friday, the singer said that she isn’t pregnant, but maybe her belly is growing big because of food.

“Please I am not pregnant as people have been stating, I am not yet ready to be pregnant. I am seeing someone and I have someone who always tells me how much he loves me,” Nina Roz said.

April has been a month of blessings to many entertainers as several of them were blessed with babies, first it was Juliana (boy), Weasel Manizo (girl), Chozen Becky (Boy), Herny Tigan (Twins), Crystal Panda (girl) among others.