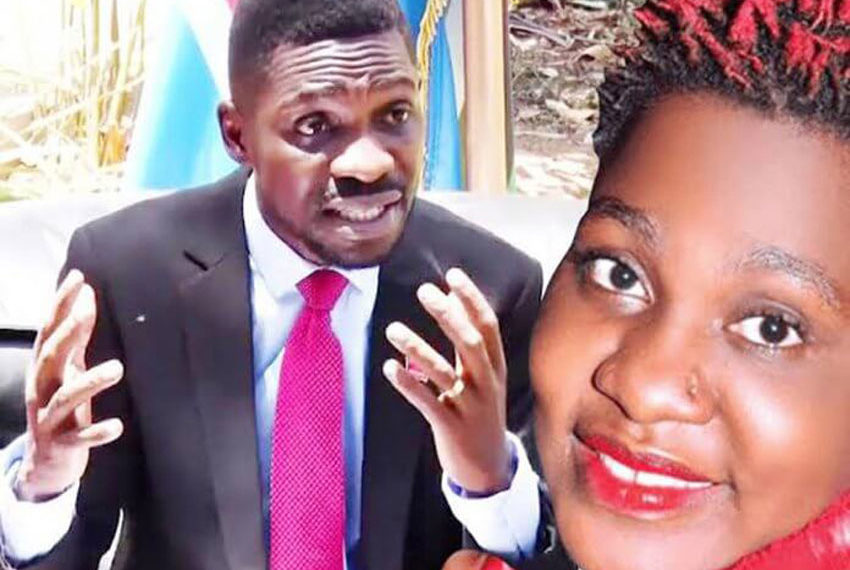 Full Figure also argued that Bobi Wine is not genuinely engaged in any political struggle because he is rich and has friends in the First Family such as Muhoozi and and his uncle Salim Saleh.

“I used to be with Bobi Wine and we would meet Gen Muhoozi, we would be in the gym with him because they are friends. We used to go together to Gen Salim Saleh’s home, so which struggle are you talking about?” asked Full Figure in a media interview.

Full Figure also claimed she has met many people who pretend to belong to opposition at State House where they meet President Yoweri Museveni, who is also the ruling National Resistance Movement (NRM) National Chairman.

According to her, Bobi Wine’s body guard Eddie Mutwe is one of those who work for Museveni but pretend to be staunch supporters of the Kyadondo East MP.

“When I left Bobi Wine, People Power collapsed because I went with many people. All those people you are talking about like Eddie Mutwe are with us in NRM, I meet so many people from meetings with Museveni yet they say they are in opposition.”

Full Figure is the second former People Power insider to link Eddie Mutwe to NRM or at least working to undermine the pressure group and its leader Bobi Wine. Days ago, former People Power blogger Ashburg Katto claimed that he, Mutwe and others used to backbite Bobi for being stingy and doing nothing for them, in their Whatsapp group.

But in response to these claims, Eddie Mutwe blasted Ashburg and told him to eat the cows Museveni donated to him in peace. “

“I had chosen to ignore these allegations because they are meaningless but tell your friend (Ashburg Katto) to eat his cows and leave me alone. I don’t know the amount of money one can pay me not to support Kyagulanyi,” said Eddie Mutwe.

“Being close to Kyagulanyi is the most precious thing so far, and if you are hardworking like some of us and leave him when you are poor, that is how you will die cursing. Mr President (Bobi Wine), I swear to you I am still with you, and there is no amount of money they can ever bribe me with and I accept it to betray you.”

Meanwhile, Full Figure also refuted claims that she had reaped a lot of money from People Power before she betrayed Bobi Wine so as to get more cash from Museveni.

“Where did Bobi Wine buy us from? Did we sign any contract with him? You can’t betray someone you didn’t make a contract with because nothing unites or binds you. We didn’t go to Bobi Wine for money. However, when we got there we got money, from Canadians who injected billions in People Power,” she claimed.

“Me I don’t work for money, I didn’t even go to Museveni for money. Bobi Wine never gave me money, I instead gave him, meaning I was like his boss.”

Museveni given wheat flour for gifts on his visit to Tanzania

Museveni: No one can destabilize Uganda