Revealed: Here are the good things Bobi Wine did for ungrateful Ashburg Katto 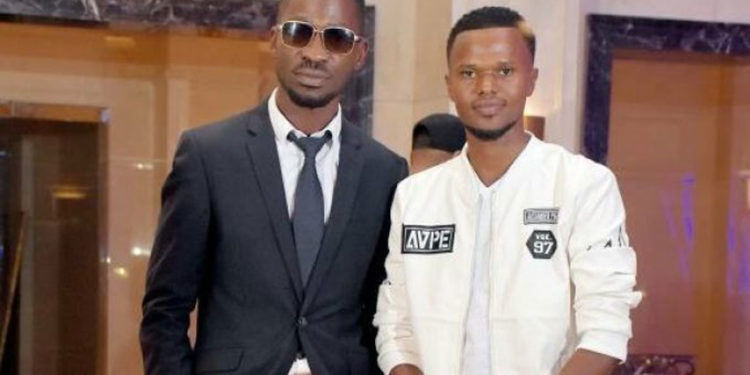 Famous Facebook blogger Ashiraf Kato aka Ashburg Katto has been a beneficiary of Kyadondo East MP Robert Kyagulanyi aka Bobi Wine’s kindness even when he accused him of being stingy, especially after officially crossing from the People Power pressure group to President Yoweri Museveni’s National Resistance Movement (NRM) party.

On Tuesday, Ashburg Katto revealed that promoter Balaam Barugahara had helped him meet the president who donated five cows to him and accepted his proposal that he says will make ghettos better living places and give hope to slum dwellers.

He also blasted Bobi for being selfish and doing nothing for people close to him apart from taking selfies with them.

“What did Bobi Wine do to me? Apart from taking selfies with them and his family at his One Love Beach, Busabala during the frequent cheap parties, I saw no future in staying with the Ghetto Gladiator,” said Ashburg.

“Because he wasn’t objective at all towards bettering our standards of living but rather seemed to be a parasite on us. He only centred at the wellness of his family and success of his political goals.”

However, the new NRM convert has previously listed the good things Bobi Wine did for him as far as back in 2015 even before the singer joined active politics.

“One of my friends asked me mbu has Bobi Wine ever paid you something like Shs500K in cash for the love and support you show him… I replied no. He then asked me why do you waste your energy on him,” narrated Ashburg Katto.

“I told him look, to have Bobi Wine on any party or function in Kampala you have to cough 10m but the same person (Bobi Wine) together with my friends and family organised for me a surprise birthday party. He cancelled his meetings and decided to spend his time and money on me. It would have cost me more than 19m.”

Besides throwing an expensive birthday party for Ashburg Katto, Bobi Wine paid for his air travel expenses worth Shs7 million.

“It’s Hon Kyagulanyi who gave me a chance of sitting of sitting my ass on a plane for the first time in my life. He paid everything for my trip something that could have cost me more than 7m,” further wrote Ashburg.

“Bobi Wine who was not paid any coin performed more than 20 songs, he paid for his VIP table and also brought the entire Fire Base Crew and they all entertained my guests for free. It could have cost me 5m if I was to pay him,” he said.

It was this narration as shared online by Ashburg himself on December 23, 2017 that made his friends conclude that Bobi Wine was not only his friend but like a father to him. But after changing his mind to abandon People Power, Ashburg has started to blast Bobi Wine and calling him stingy.

Berry Glaser's victims (Part 1): Woman who exposed the German's predatory tendencies and sexual molestation of Kalangala girls in his care, speaks out