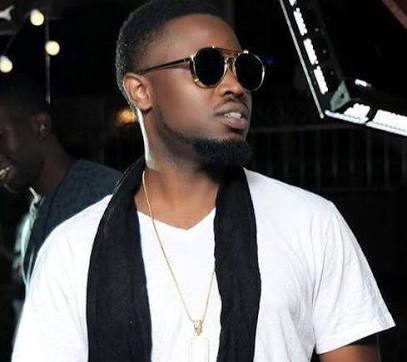 ARTISTE OF THE WEEK! Daddy Andre beats all odds with his ‘Tugende Mu Church’ hit song

Singer/producer Andrew Ojambo aka Daddy Andre isn’t bothered by what people think about him, following the countless sexual harassment claims made against him.

The ‘Sikikukweka’ singer is currently taking everything and everyone who pins him for a sex abuser as a joker.

On Tuesday, he shared a cartoon with a weird look on its face, which was captioned – ‘when your girlfriend’s song starts with Andre on a beat’, alleging that men who date female artistes that work with Andre are currently having a question mark.

He further said, ‘But Ugandans you joke so much’.

Andre’s sexual harassment claims started last week when an upcoming singer Nadia Rania went in the news and claimed that Andre begs sex from her in exchange of giving her the song they recorded together.

“His bedroom is just opposite the studio and when you fall into his trap, the bed is just right there in the studio. He demands for sex from me because he gave me a collabo that I never asked for in the first place, I paid for his services and everything but he wants to force me into sex,” Nadia said recently.

Before Nadia’s issue getting sorted, several upcoming artistes jumped onto the trend, also accusing the producer of the same habit.

Due to the piling complaints, on Monday, singer Sophie Gombya, the president of Uganda Musician Association (UMA), requested Andre to shut down his studio as the police investigates into the matter.

“The law has to take its course and for now, I request Daddy Andre to shut his studio for this short time until his matter is solved,” Sophie said during an interview with NBS Uncut.

BETTY NAMBOOZE: The day dancing was banned in Buganda