by Allen Kisakye
in Entertainment, Showbiz
510 27 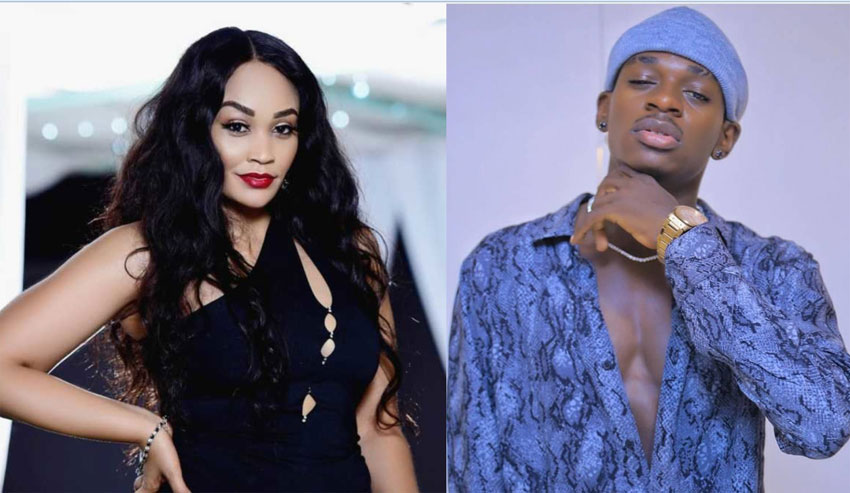 The love between singer Deus Ndugwa aka Grenade official and South Africa based Ugandan socialite Zari Hassan has now gone to the next level.

The singer recently hit the studio and recorded a song, expressing his feeling towards the mother of five. Grenade lamented on how he wishes their love to go far, alleging that he can’t live without Zari.

The love between these two started to make rounds on social media after they were seen having a cozy moment in a video that leaked on the internet a few days ago.

In the video, the duo was seen worrying too close and the ‘Boss Lady’ was busy jamming on Grenade’s song Mpulira Bibyo, later he (Grenade) got closer and pecked on her cheeks.

And when asked about what was going on between them, Grenade claimed that its not a crime to date a woman who is much older than him.

“Any ways, falling in love with a woman who is older that you is no offense and it is acceptable most especially if you love or when you love each other to the fullest. In fact, it is very okay. At the moment though I’m single and Zari is my good friend,” Grenade said during an interview with a local media channel recently.

Though the couple is denying having a romance going on, social media gossips are not convinced with their ‘friendship’ because Zari has a record of dating younger men and Grenade is also not a saint when it comes to dating older women.