The woman accused of stealing the heart of a married pastor has spoken about the accusations for the first time.

Susan Makula Nantaba, a manager at Salt Media owned by Pastor Aloysius Bugingo, the man she is accused of stealing from Teddy, used the occasion of Bugingo’s graduation from Kayiwa International University, to clear the air on the accusations.

Makula who accompanied Bugingo, the lead pastor of House of Prayer Church to the happy occasion, told the inquisitive press that she harbours no grudge against media agencies reporting on her relationship with the pastor.

She however said she didn’t seduce Bugingo since culturally it is a man who approaches a woman for a relationship.

Makula, however didn’t deny the affair.

Reports that Bugingo and Susan were dating were broken in February this year before the rest of the media joined in around May. This followed Pastor Bugingo attacking his wife Teddy in his church as wanting to grab church property. However it emerged the marital fall out emerged after Bugingo asked Teddy for divorce to allow him marry Susan which she declined unless they divided equally everything they owned, including their Church and media company, which Bugingo wouldn’t agree to either. Their daughter Doreen come out criticise her dad, blowing the cap on the serious fight within her family.

On Friday, Pastor Bugingo gave out signals he was going to marry Susan when he told the media that “now they’re starting to get some clear answers” as he walked with Susan out of the graduation grounds. 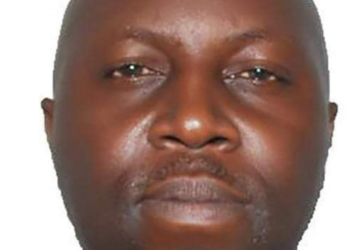 You are an idiot, broke and uneducated – Magogo tells Misagga