by Mulema Najib
in Showbiz
2 0
ShareTweetSendShare

Celebrated media consultant, Joel Isabirye has decided to try settling down again after a long struggle which has yielded nothing good apart from persistent breakups.

Ever since, Joel, who is also a radio journeyman, has had sour breakups with his ex-wives, including celebrity radio presenter and singer Rebecca Jingo. Isabirye has dated and married several kinds of women before, from inside and outside Kampala, who have unfortunately left him for unclear reasons.

But yesterday on Valentine’s Day, the radio personality decided to give it another fair trial.  We have it on good grounds that brave Isabirye proposed to his present girlfriend a one Hipscious Kylar Nicky (facebook names) in an exclusively function.

Isabirye who is known for throwing lavish parties for his past wives during introductions or wedding days, is now organizing to visit Nicky’s parents next month. We pray for our brother Joel to be serious this time round as we are tired of attending his weddings. 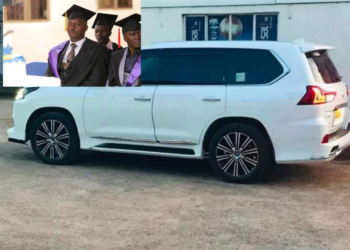