Too many men in Uganda are poor because their women have allowed them to be poor. Partly, it’s because of the role played by our culture. Our culture vilifies any woman who openly considers a man’s financial status when deciding whether to marry him or not.

Growing up, we are told, ” Love and money are different. ” Women who expect a man to provide for them are seen as gold diggers, lazy or are labelled with all sorts of negative adjectives. But that’s where we miss it as a people and that’s where our ethos as people is upside down.

Expecting a woman to love you simply for your ephemeral qualitues like personality, charm , six packs or character and not consider your financial status is really an unrealistic view of life . In fact, if am allowed to be candid about it, it’s really a childish view of life. Men by nature are providers.

Just as God did with Adam in the garden, God demands of every man to “work for and provide for” for whatever is given to him. Middle Eastern cultures understand this principle well and so the young men know well advance that they will be required to provide for their woman once they take her from her father’s house.

Fact is, you don’t hear any middle eastern girls (Pakistani, Arabic,Lebaneese or girls in the mixed race community”) being called a gold digger because her husband provides everything for her. No! Women being called gold diggers for liking a man who provides is prevalent in Africa and across the African American community where a lot of men are too lazy to build wealth and where the women are also too afraid to expect any financial sustenance from their men.

Now if you are a woman, get me clearly. . It is not a sin to expect to your husband to provide you. No. It is Qranical/biblical. In fact, the desire by every woman to have a man provide for her is a God imprint. You should be the type of man who has no problem with your girl expecting you to do nice things for her.

She want a manicure or pedicure? You’ll pay it for you Babe. She wants a vacation in Jinja just plan for it. She wants to eat something fancy, Just try to give her the treat. Your job as a man is to make sure that your wife wants for nothing and needs for nothing. Having said that, I also want women to do amazing things to your husband in bed whenever he come home and let her know you just closed another million

Now for those who like to misinterpret obvious things; Firstly, this doesn’t mean that Women shouldn’t work or shouldn’t contribute anything financially to the home.

No. It simply means that the job of providing for the home is essentially the man’s. Secondly, being able to provide for your Woman doesn’t entail that you have to be rich or a millionaire. It simply means that your Woman must have the confidence that with whatever little you have, you as a man are ready to stretch your mind to make things happen. If you don’t like this as a man, then leave that girl alone for a man who is willing and ready to try provide for her and the family.

In closing, as my mother used to say, “If you know you can’t afford to feed the lion, why cage it in the first place?????

I rest my case!

Out To Lunch: Here is another idea for university final year students 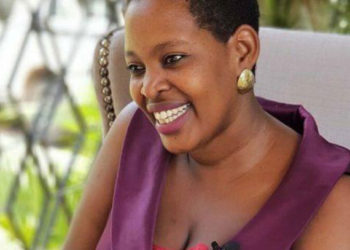 Renowned radio personality Yvonne Koreta has joined 88.2 Sanyu Fm radio. Koreta will be unveiled on Tuesday by the Sanyu... 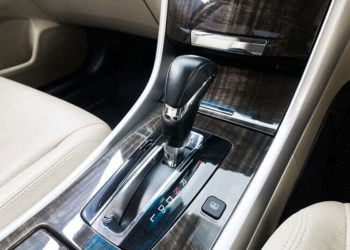 Automatic transmissions are a blessing, especially for beginners. Easy, fast, no nerves! But still, many drivers are found guilty of...

Out To Lunch: Here is another idea for university final year students