by Watchdog Uganda
in Agriculture, Business
4 0 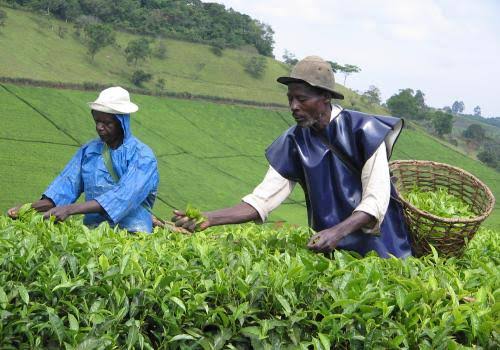 There is a disagreement between Tea Nursery Bed Farmers and government officials in 10 districts of western Uganda over the criteria to pay 10 billion shillings balance in compensation for spoilt seedlings that arose from poor guidance by public officials.

The balance is to pay for the tea that dried up in the 2016/2017 drought while in nursery beds after the government delayed to authorize transplanting.

Samuel Mugasi, Executive Director of National Agriculture Advisory Services -NAADS says that during the first 2015 verification exercise using naked eyes, farmers prepared to pocket shillings 143 billion. However, after the re-verification exercise in 2020 based on the use of satellite-based Global Positioning System (GPS), anomalies were discovered making the government to reduce the money from shillings 143 billion to shillings 37 billion.

Mugasi says that in June last year, the government paid 27 billion to the nursery bed operators and left with the balance of 10 Billion Shillings unpaid.

He says that the money was reduced after GPS reports discovered scams by farmers and decreased the acreage of gardens.

However, this has created disagreement among farmers and leaders, who want to pay based on the naked eye they had used to evaluate at first while others want payment based on GPS results.

Nzeirwe argues that some of their gardens where they had tea nursery beds have genuine land titles questioning how GPS captured results different from verifiers who used naked eyes got. He says that as farmers they are making losses due to a section of selfish officials in the NAADS secretariat.

Kazooba says that this is unfair because it is the government’s fault for introducing a GPS system while verifying gardens for the first time.

Dr.Francis Mwesigye Runumi , another tea nursery bed operator questions how farmers who had nursery beds in wetlands will be paid since NADDS officials did not even re-verify them arguing that they don’t want to clash with the government’s environmental rules.

He says that by the time farmers opened nursery beds in wetlands, there was no government hand to bar them.

But, Benon Karyeija , Mitooma District LC5 Chairman says that payment of balance based on GPS is the way to go because it is transparent and accurate. He says that paying based on GPS verification reports will remove unanswered questions of scams. He adds that he is not ready to back anybody who wants NAADS to pay based on naked eyes verification.

Abel Bizimana, Kisoro District LC5 Chairman also backs Kayeija saying that there is no way how GPS, which provides scientific data can be trashed based on naked eyes where verifiers were only guesstimating.

He argues that naked eyes verification made a lot of errors.

Frank Tumwebaze, Minister of Agriculture, Animal Industry and Fisheries called for calm saying that his ministry has tasked office of the district technical officers like Chief Administrative Officers and Production and Marketing Department officers to handle the matter with farmers.

The minister said that the outcome will be tabled before cabinet to determine the way forward.

In 2008, President Museveni launched tea growing in Kigezi and promised that government would buy all the tea seedlings and supply them to farmers.

In 2019, selected tea nursery bed operators met President Museveni in Rwakitura where he promised to resolve the matter of unpaid tea seedlings.

Through their lawyer, Patrick Kiconco Katabazi, the nursery bed operators petitioned the court over the matter. However, the government convinced farmers to settle the matter out of court which farmers consented to.